Hammond says he would not serve under No Deal PM 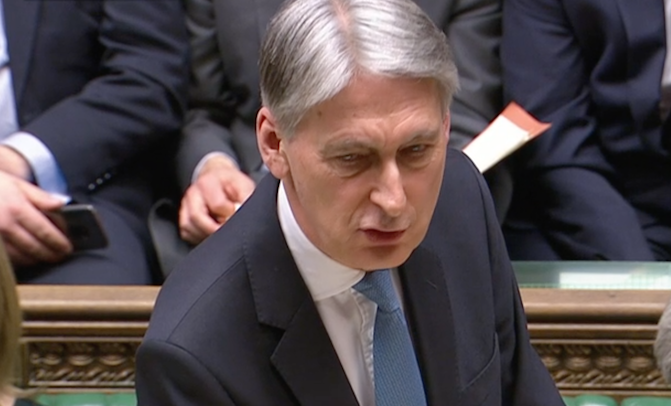 Chancellor Philip Hammond effectively signalled his departure today after saying he would not serve under a Prime Minister who was prepared to leave the European Union without a deal.

Boris Johnson, who is a strong favourite to be elected, has said he would take Britain out of the EU with or without a deal on 31 October. Mr Hammond said that a deal would be a condition for him in whether not to remain in the government.

Speaking on the sidelines of a meeting of EU finance ministers in Luxembourg, he also warned whoever succeeds Theresa May not to withhold the £39 billion that Britain is due to pay the bloc.

These two sticking points make it unlikely Mr Hammond, Chancellor since 2016, will hold any government role in the new Cabinet.

“I don’t think this is about personalities, it’s about policies,” he said, when asked if he would serve as a minister under Mr Johnson, who has emerged as the clear front-runner in the Conservative Party leadership race. Mr Johnson secured 114 votes from Conservative MPs in the first ballot this week.

“Before I could serve in any government, I would want to look at the policies that the prime minister was setting out. I would not be able to serve in a government which had as its policy leaving the European Union without a deal,” said Mr Hammond. “We’ve always said that the UK is a country which honours its obligations.”