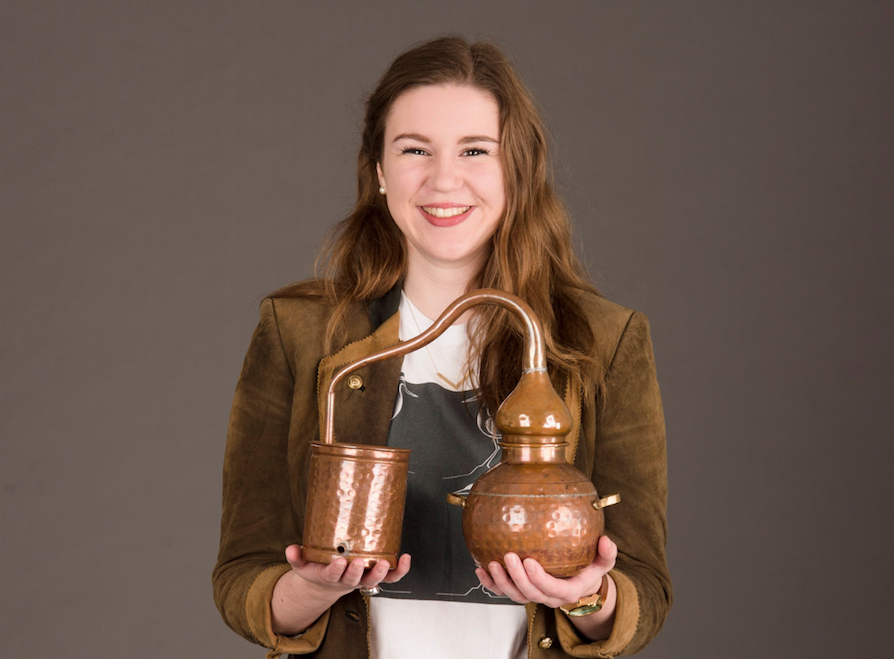 Helen Stewart of Badvo distillery: ‘I have had great support’

A former arts student has launched a branded gin in collaboration with the University of Glasgow.

Helen Stewart, from Badvo Distillery near Pitlochry, has worked with the university to create 1451 – named after the year the institution was founded. It is being launched for the summer graduations 2019.

Ms Stewart, an English literature and linguistics graduate, spent two years designing the gin, gaining grant money, and converting the disused farm buildings before launching Badvo last year. Her lecturers and the student enterprise hub at the university helped her set up the distillery.

She said: “I have been so lucky to have had great support from the University of Glasgow when I began setting up my business. I am delighted to now be back and working with the university to create a great Scottish gin for a great Scottish institution. As long as I love distilling this is what I will be doing.”

Matthew Williams, general manager at the university’s retail arm, said: “We had first thought about creating our own whisky. But when I came across Helen and learned about her story it felt right, especially as Scottish gin has seen such a resurgence in recent years.”

The gin is distilled with 100% hand-foraged botanicals from the Perthshire hill farm which has been in Ms Stewart’s family since 1599. The gin is predominantly sweet apple with a wild mint finish.