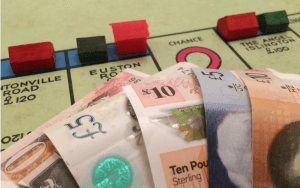 Aim-quoted MAB has an option to buy the remaining 20% of Edinburgh-based First Mortgage between 2024 and 2030 for a minimum £4m and a maximum £10m contingent on earnings performance.

First Mortgage has one trading subsidiary, Property Law Centre, which is wholly owned. In the nine months ended 31 December 2018, First Mortgage reported revenue of £10.2m and profit before tax of £1.5m.

Ian McGrail and his father Robert each own 50% of the business. Ian stays on as managing director while his father will step down as a director. The business has 90 mortgage and protection advisers and has already begun its expansion south of the border. Aside from its head office premises in Edinburgh it has 14 mortgage shops.

The acquisition is expected to be ‘significantly earnings accretive’ in the first full year following completion and thereafter,” said Derby-based company MAB.

‘The directors believe that the acquisition presents MAB with significant additional growth opportunities,’ it added.

‘It will enable MAB to further grow its adviser numbers and market share, in addition to its core growth plans, and will also add another highly respected and leading mortgage broker to the group.’

Ben Thompson, managing director of MAB, said: “This acquisition is central and complementary to our strategic objective to grow our market share of new mortgage lending.”