Davidson tells party members ‘take a look at yourself’ 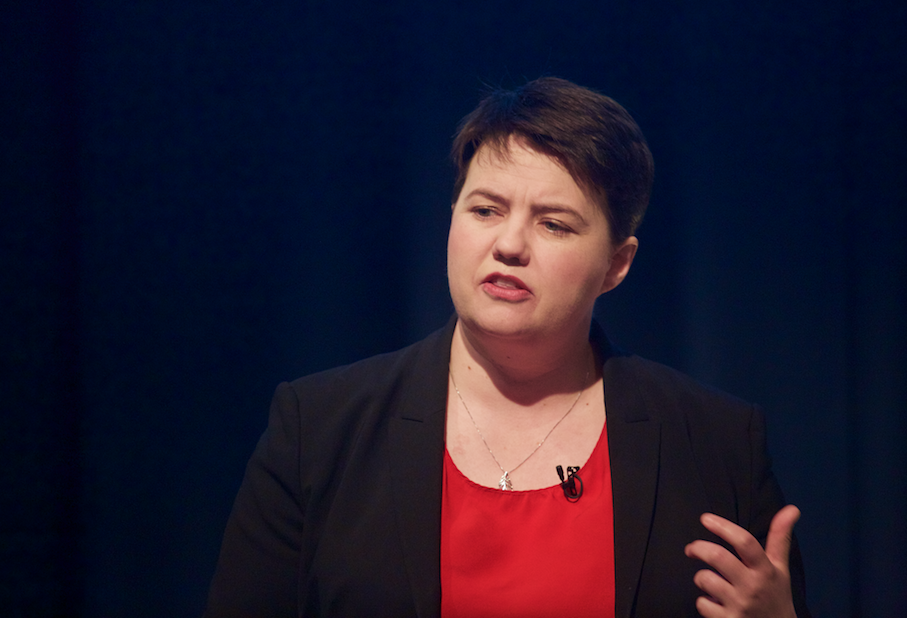 Ruth Davidson: I would remind members we are a unionist party (pic: Terry Murden)

Scottish Tory leader Ruth Davidson has appealed to party members to “take a long, hard look at themselves” after a survey indicated that 63% would put Brexit ahead of preserving the union.

A shock YouGov poll has delighted nationalists and caused dismay within traditional Tory ranks as it provides further evidence that the party of the union is facing a possible split.

Commenting on the survey, Ms Davidson said: “I think there are a number of people within the Conservative Party who need to take a long, hard look at themselves.

“Yes, I understand of course we have got to respect the referendum result, of course we’ve got to deliver Brexit, but not at the expense of breaking up the UK.

“I would remind people of their obligations within the party – yes, we’re a Conservative Party, but we’re also a Unionist party, and I’d remind them that our own union of nations is every bit as important as leaving someone else.”

SNP Depute Leader Keith Brown said the “Tories have gone off the deep end” and that a majority of Tory members would be happy to see Nigel Farage installed as Prime Minister to push through Brexit.

He said: “Far from prioritising the union, it’s clear Scotland means so little to the members of the Conservative and Unionist Party that two thirds are happy for Scotland to become independent if it secures Brexit.

“And with this poll suggesting that almost a quarter of Tory members in Scotland would prefer to deliver Brexit for their membership down south even if it means an end to the Union it’s becoming clearer that Ruth Davidson has little authority in her party in Scotland. This poll is an utter disaster for her and shows that her authority is seeping away at an incredible rate, leaving her increasingly isolated.

Labour shadow Secretary of State for Scotland, Lesley Laird, said: “The biggest threat to the Union today is the Tory Party. Their members and their MPs would happily trade tearing our country apart in return for a chaotic no deal Brexit.”

Scottish Liberal Democrat election campaign chair Alex Cole-Hamilton MSP said: “The Conservative party is hopelessly cavalier with the future of the United Kingdom. This poll is a damning indictment of Conservative priorities and a humiliation for Ruth Davidson.

“What’s more, not a single Scottish Conservative MP has joined her in endorsing Sajid Javid. What ever happened to their claim to be strong and united?”

Earlier, Dominic Raab was knocked out of the Tory leadership race in the latest ballot of MPs. Boris Johnson once again came top of the ballot, with 126 votes – 12 more than in the first round. Jeremy Hunt, Michael Gove, Sajid Javid (Ms Davidson’s preferred candidate) and Rory Stewart also got enough votes to make it into the next round.

Ballots will be held tomorrow afternoon and again on Thursday, where Conservative MPs will whittle the list down until two candidates remain.

Members of the wider Conservative Party will then get a chance to vote for their preferred choice.