Danger of 'false sense of security' 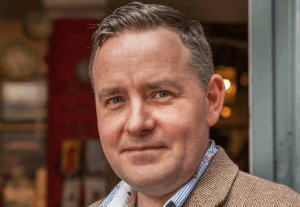 Scottish business confidence has bounced back into the black for the first time in a year, according to new figures from the Federation of Small Businesses (FSB).

In the second quarter of 2019, its Scottish Small Business Index (SBI) increased by a record 37.5 points to +3.3.  This is only the second time since 2015 that business optimism in Scotland has been in positive territory – and comes after two quarters of record-breaking lows.

In contrast, the UK Index has fallen further into negative territory, down to -8.8 points from -5 last quarter.  This is the fourth straight quarter in which the UK index has been below zero, a first in its near 10 year history.

Andrew McRae, FSB’s Scotland policy chairman, said: “After five years lagging behind the UK average – and some record low readings over the last six months – it’s a refreshing change to see Scotland bucking the trend in a positive way.

“It’s hard to point to a single factor behind this.  The mini heatwave around Easter has reportedly given some important sectors a bit of a bounce.  Equally, the Brexit extension in April let businesses breathe a sigh of relief that the threat of crashing out of the EU without a deal had receded for the immediate future.

“But, this sentiment can fall back just as quickly as it has risen.  We need to use this narrowing window of opportunity to get Scotland’s businesses some clarity on what the post-Brexit trading environment is going to look like.”

Though slightly more businesses are still reducing staff numbers rather than hiring (the difference is 8.9%), recruitment intentions for the next quarter are firming up, with 15.8 per cent expecting to expand their workforce.

Despite the more positive outlook, businesses are not without their headwinds.  Some 70.3% of respondents said that the cost of running their business is increasing. One in two (49.3%) say utilities is the main cause of this increase while 48% say labour costs are a primary cause of higher costs.

As a result, four in ten (39%) small firms report that profit levels are down this quarter, which is slightly above the UK figure of 42%.

Mr McRae cautioned: “We shouldn’t be lulled into a false sense of security.  Taken as a whole, these figures underline that we can’t take our eye off the ball when it comes to addressing day-to-day issues facing small businesses.  Costs are still on the up – and if revenues don’t keep pace any remaining profit will be squeezed from the business.

“At the same time, there are a raft of new regulations on the horizon – on everything from compulsory bottle deposit schemes, to workplace parking levies, to low emissions zones. If these aren’t implemented deftly, they will present unnecessary obstacles to small businesses, at a time when they have enough on their plate.”