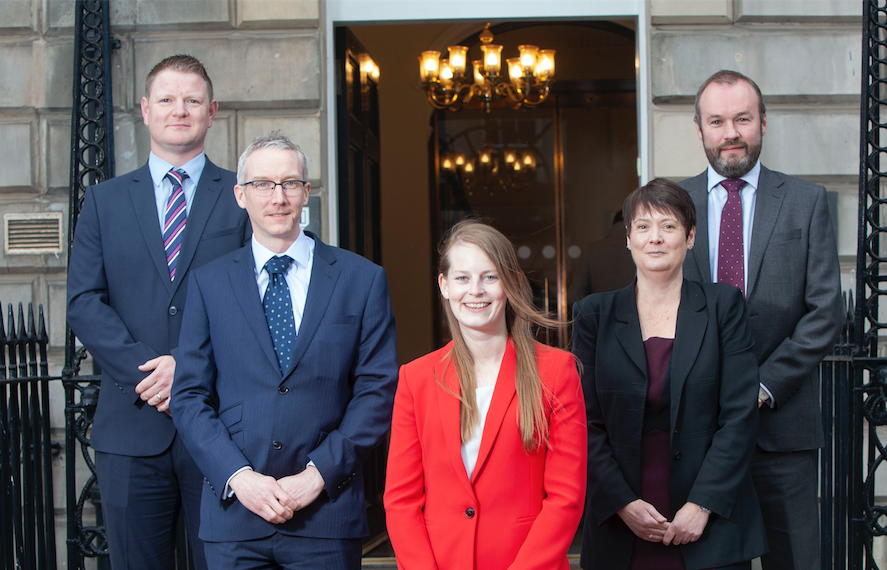 They are: Suzanne Adshead, Lesley Clark, Jamie Davidson and Grant Roger, who are based in the Edinburgh office, and Stuart Walker, a member of the wealth team in Aberdeen.

Ms Adshead joined the Edinburgh Office in 2006 after spending 15 years pursuing restructuring and insolvency roles at national accountancy firms including a Big 4 firm.

Ms Clark joined the firm as a graduate trainee in 2011 and after qualifying as a CA in 2014 spent four months working on the Gold Coast in Australia before returning to become part of Edinburgh’s audit team. She moved to an operational role in audit in late 2016 and last year became head of finance.

Mr Davidson obtained his CA and CTA qualifications at a global accountancy firm where he focused on corporate tax before moving into corporate finance to concentrate on renewable energy.

Mr Roger undertook his CA training with a Big 4 firm, and after qualifying spent five years working in Vancouver, Canada, where he worked with a range of listed and large private group clients. He returned to Edinburgh in late 2014 before joining Johnston Carmichael in 2017.

Mr Walker initially worked in the hospitality industry before taking a break to travel. After his return he joined Scottish Widows’ administrative team before moving into sales and transferring to London in 2001. He moved back to Scotland in 2005 and continued to work with financial planners before taking the leap and becoming a financial planner himself when he joined Johnston Carmichael wealth, where his focus is on private client work.