CereProc has cloned the voice of Barack Obama

Founded in 2005, CereProc has 45 digital voices for any platform, with accents ranging from Austrian to Brazilian and Russian to Japanese. It has ‘cloned’ the voices of people suffering from issues that result in voice loss or degradation, such as thyroid cancer and motor neurone disease, helping them retain the power of speech. The team has also cloned the voices of celebrities including George W. Bush, Barack Obama and Arnold Schwarzenegger.

Christian Sharp, senior account director at Firefly Communications. said: “The applications of CereProc’s technology are vast. Not only is it giving speech and song back to the speechless, but the applications of its technology in the fields of virtual assistants, gaming, academia – to name but a few – are staggering. We can’t wait to get to grips with CereProc’s digital voicebox and spread the word.”

The PR campaign will focus on UK media relations, social campaigns and an awards programme for the brand, gaining recognition for its cutting-edge technology. Unlike other digital voices, CereProc’s technology has a more ‘human’ flow, and was used by film critic Roger Ebert to deliver part of his TED talk after he lost his lower jaw to cancer. CereProc’s voices can also speak in regional accents, rather than the synthetic ‘android’ voices that tools such as Siri and Alexa use. 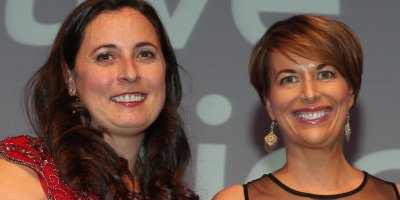 Ferguson and Burns step up at Perceptive