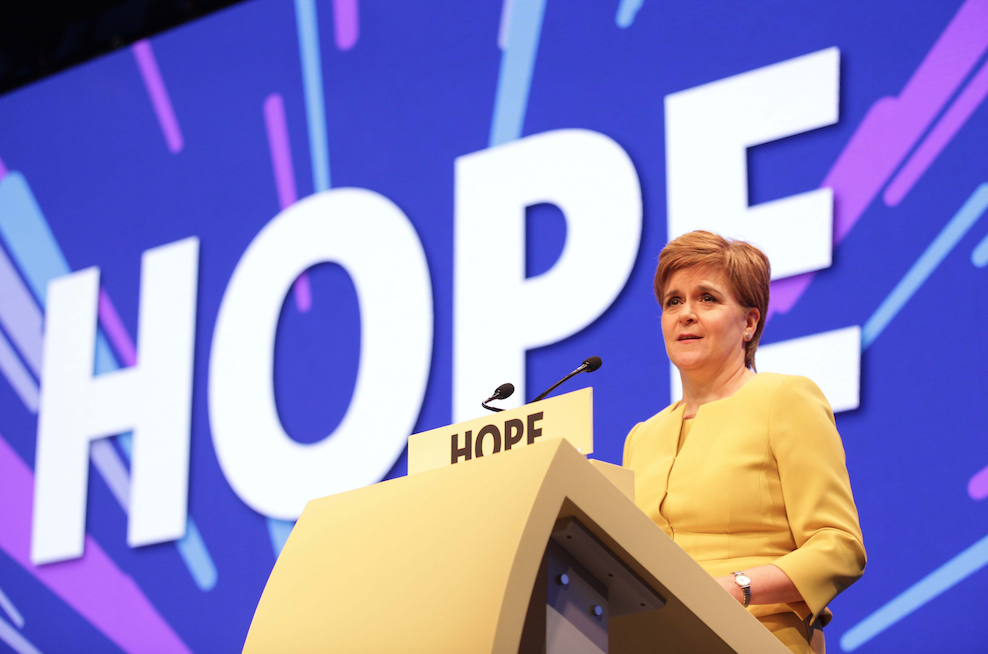 Nicola Sturgeon has confirmed she will table legislation for a second independence referendum this week, just hours after the results of the European elections were announced.

The First Minister told journalists in Dublin that she wants a referendum re-run in this parliamentary term, but opponents accused her of ‘deceiving’ voters. Ian Blackford, the SNP’s leader in Westminster also said the European results cemented the case for a second independence vote.

Speaking after today’s declaration of the European election results Ms Sturgeon said the result in Scotland was a resounding endorsement of the SNP and a further demonstration of the nation’s overwhelming opposition to Brexit.

She said the “latter half” of 2020 would be the “right time” for a new poll. The SNP leader predicted victory in a second vote, with Scotland becoming “an independent country just like Ireland”.

She said: “There will be another Scottish independence referendum and I will make a prediction today that Scotland will vote for independence and we will become an independent country just like Ireland, and the strong relationship between our two countries now will become even stronger soon.” 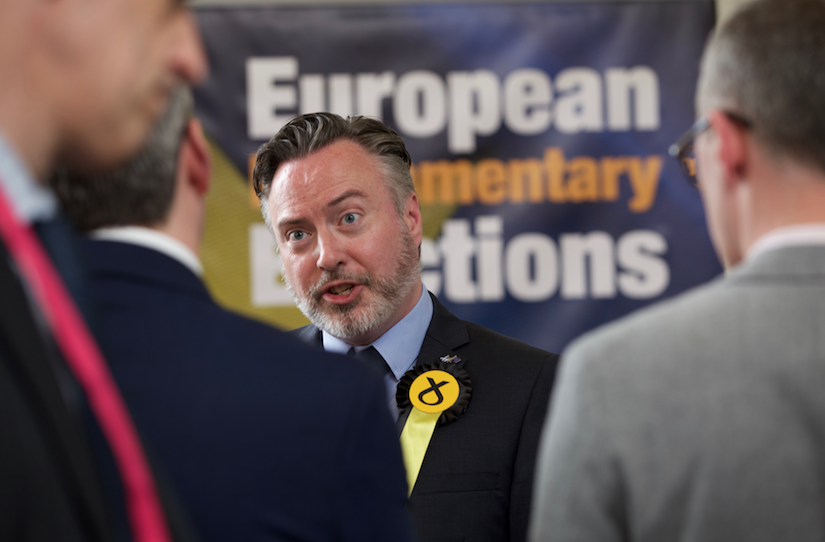 The SNP polled its best ever result in an EU election at 38% – the highest percentage of the vote of any UK party. It saw three candidates elected to the European parliament: Alyn Smith, Christian Allard and Aileen McLeod.

Ms Sturgeon added: “The SNP will continue working with other parties to stop Brexit and all the ensuing economic damage to Scotland.

“If all Westminster has to offer is more chaos and confusion – potentially under the Premiership of an extreme Tory Brexiteer – then more and more people will come to the conclusion that Scotland’s future is best served as an independent country.”

During the campaign, Ms Sturgeon insisted the contest was not about independence and appealed to pro-UK voters to back the SNP. She said during the campaign: “This is about Scotland’s right to be heard, it’s about sending a message at this European election about Scotland’s aspirations to remain in the EU. The strongest way of sending that message is to vote SNP, whether you are for or against independence.”

Scottish Conservative chief whip Maurice Golden said: “The SNP went into this election pretending to voters that it was nothing to do with independence.

“Yet within hours of it being announced, Nicola Sturgeon is specifically using it to argue for separation. That’s fraudulent behaviour from an SNP government that’s meant to be running the country, not trying to break it up.

“Voters punished Nicola Sturgeon last time she abused the Brexit process for her own selfish aims. They will do so again if this hypocritical deceit continues.”

Pamela Nash, chief executive of Scotland in Union, said “The SNP is utterly shameless. Nicola Sturgeon appealed to pro-UK voters to back her in this election, but as soon as the votes are counted the SNP reverts to type and claims a fresh mandate for an unwanted and divisive second independence referendum.”

“Business and industry in Scotland don’t want more chaos, division and uncertainty and that is what they would get in spades if Nicola Sturgeon proceeds with her divisive plans for a further referendum on Scottish independence.”