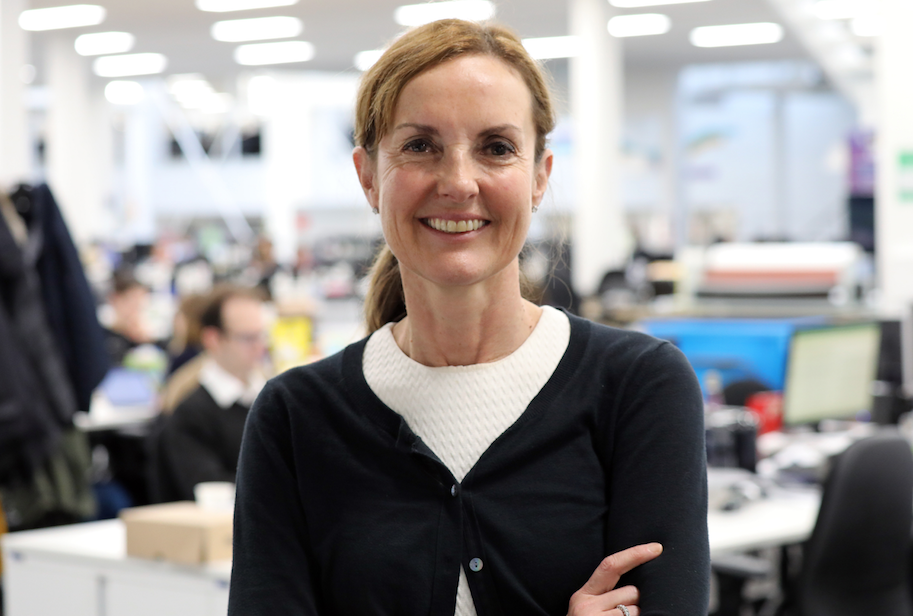 Announcing a 38% decline in adjusted profit before tax, partly attributed to government price caps, he said progress was being made in the transformation to a low carbon future. Stripping out costs, profit rose 59%.

Mr Gillingwater said: “While our financial results clearly fell well short of what we hoped to achieve at the start of the year, we’ve made significant progress towards our ambition to be a leading energy company in a low-carbon world.

“We have continued to develop our core businesses of regulated energy networks and renewables; demonstrated our ability to create and unlock value from developing and operating, as well as owning, assets; and adopted clear long-term goals as we set up the business for long-term success.

“The fundamental strengths of our business and the strategic opportunities afforded by the transition to a low-carbon economy will support the delivery of our five-year dividend plan and creation of value for society as a whole.”

The results reflect an £284.9m adjusted operating loss in its Energy Portfolio Management (EPM) business, first highlighted by the company last September, and £1,096.9m in exceptional gains from sales of stakes in three onshore wind farms and its telecoms business alongside an increase in value in SSE assets.

SSE’s Wholesale energy business made an adjusted operating profit of £191.9m, down 71% from £657.2m last year due to the EPM loss.

Its Networks wires and pipes business was up 9% from £763.1m to £830.2m following heavy investment in the North of Scotland electricity system to enable more renewables to connect to the grid, with the region now able to be powered almost exclusively by clean energy.

And its Retail business, consisting of Business Energy, Enterprise and the Irish business Airtricity was down 2% from £124.1m to £122m.

The company said its GB household energy supply business, SSE Energy Services, is held for sale.  The  profits from that business fell from £278.7m to £89.6m due to a challenging price cap and lower customer numbers.

The company announced the appointment of Katie Bickerstaffe as executive chairman of SSE Energy Services, with a mandate to deliver a new future for the business outside of the SSE group and continue progress towards a listing or new, alternative ownership by the second half of 2020.

Last year, SSE invested £1.42bn in critical assets and infrastructure and today confirmed it expects to invest £1.5bn more in the year ahead, with more than £3m invested every day to help the UK decarbonise.  It said its total contribution to UK GDP in the year was measured at almost £9bn.  It also contributed almost €700m to the Irish economy and supports an estimated 105,000 jobs across both countries.

Alistair Phillips-Davies, SSE chief executive, said the business continues to develop “world-class assets” and with the “biggest offshore wind pipeline in the biggest offshore wind market in the world” it can make a significant contribution to achieving Net Zero by 2050.

Mr Phillips-Davies has written to UK Energy Secretary Greg Clark setting out priority areas of action to deliver the Net Zero economy by 2050 recently endorsed by the Climate Change Committee.

Mr Phillips-Davies added:  “We’re investing over £3m every day in low carbon energy – £6bn over five years – and we’ve set our own 2030 goals to half our carbon emissions again and treble our renewable energy output.

“SSE has refocused its objectives to align with the UN Sustainability goals and with a clear strategy to create value through the low carbon transition, with a focus on renewables and energy networks, the business is well placed to help tackle climate change.”