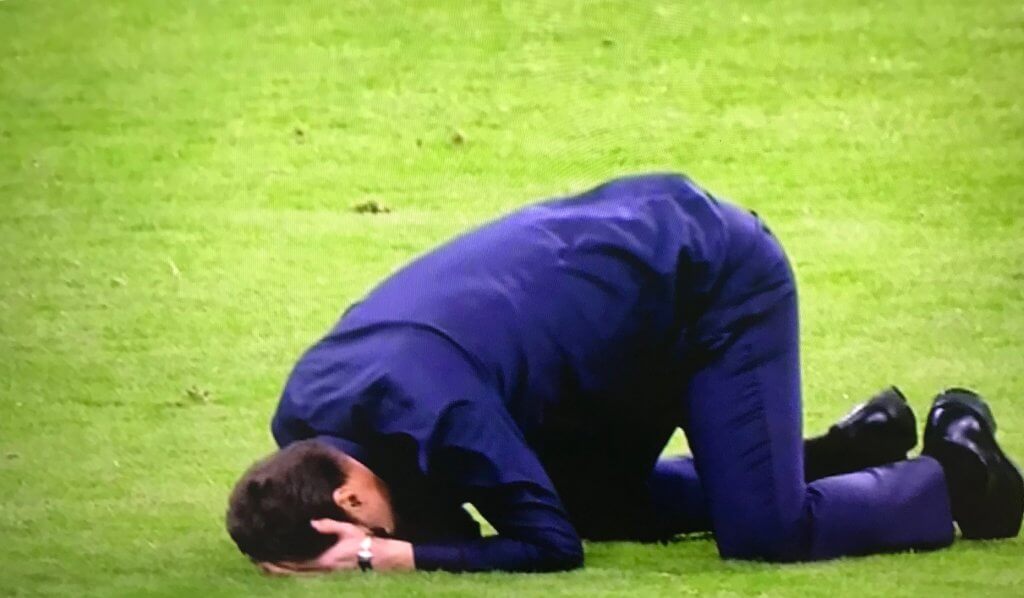 Tottenham Hotspur followed Liverpool’s lead to stage a stunning fightback against Ajax to set up an all-English Champions League final.

If the Reds had staged the ‘Miracle of Merseyside’ in knocking out Barcelona, then Spurs produced the ‘Fairytale of Amsterdam’ to book their ticket to Madrid on 1 June.

It was another evening of unrelenting drama as Mauricio Pochettino’s men completed the most unlikely of comebacks with the winning goal from hat-trick hero Lucas Moura coming six minutes into stoppage time.

Any hope the Londoners had of making it to their first Champions League final seemed forlorn with Ajax going in at the break 2-0 ahead, 3-0 on aggregate.

The young Dutch side appeared to be cruising through until Moura netted twice in four minutes to leave the tie on a knife edge with half-an-hour remaining.

Spurs rode their luck on a couple of occasions with Ajax hitting the woodwork but they made their most of their good fortune with almost the last move of the game.

As Delle Ali tried to force his way into the box, the ball broke to Moura who steered his shot past the despairing hands of Andre Onana to become just the fifth player to score a Champions League semi-final hat-trick.

The Ajax players slumped to the turf in the Johan Cruyff Arena as their jubilant opponents raced off to celebrate.

Pochettino could barely contain his emotions after the final whistle, saying: “I’m emotional. It’s amazing. Thank you, football. Thank you, these guys. My players they are heroes.

“I told you, in the last year I am telling everyone that we have a group of players who are heroes. They showed it today. Second half was amazing. Thank you. Thank you football.

“We were talking before the game, in the meeting, when you work, when you feel the love, it is not a stress. It is a passion. The emotion that we showed today was the passion to love this sport that is football.”

There will be an almighty scramble for final tickets now, with both clubs each being given around 17,000 briefs for the showpiece in the Estadio Metropolitano – home to Atletico Madrid – which has a capacity of 68,000.

UEFA have already allocated 4000 tickets for a public ballot, applications for which closed on 21 March.

According to UEFA, the remainder will go to the “local organising committee, UEFA and national associations, commercial partners and broadcasters, and to serve the corporate hospitality programme.”

Fresh from their famous win over Barcelona, Liverpool announced their pricing structure for the final.

The cheapest tickets will cost supporters £60, though they only make up 20% of the Reds’ allocation. For those not lucky enough to get their hands on a cheap ticket, they should be prepared to dig deep to see their favourites in action in the Spanish capital.

Fans fortunate to get a ticket will also face a challenge to secure transport to Madrid.

Travel companies were already struggling to cope with the demand from Liverpool fans in the wake of the Barca triumph, and now face the prospect of thousands of Tottenham supporters also desperate to make the journey, either by air, land or sea.

It will be the second all-English Champions League final, Manchester United having defeated Chelsea in Moscow in 2008 after a penalty shoot-out.