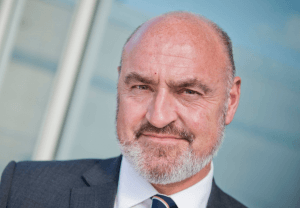 Mr Scott’s promotion from head of transaction advisory services (TAS) comes as EY confirms plans to increase its Scottish headcount by about 250 in the next 12 months.

He joined EY in September 2016 from Barclays Bank where he established a leveraged finance team and became managing director and country head. He began his career with Royal Bank of Scotland.

At EY he led the firm’s Scottish TAS practice to 15% and 21% growth in its last two financial years, helping secure deals for Scottish clients such as Simon Howie Group, QTS Group and Weir Group. He will take up his new role on 1 July.

He said: “It’s a real honour to take up the role of managing partner. Under Mark’s leadership EY has enjoyed significant growth in Scotland, securing notable client wins across all service lines and investing in our product offering to support a broader range of businesses.

“Our ambition to increase headcount to 1,250 staff across all levels in the next 12 months is a strong signal of our intent to build on that momentum. It’s an exciting time to be part of our business. Our continued investment in technology and automation has resulted in our Edinburgh office becoming EY’s UK Centre of Excellence in Data Analytics.”

Mr Harvey, who will remain as a partner in the Glasgow office before leaving next April, has steered EY to annual revenue of £170m from £100m when he became managing partner in 2015. The firm now works with 75% of Scotland’s 100 largest businesses, while investing in a growing private mid-market platform.

Mr Harvey has also been instrumental in championing the firm’s diversity and inclusion programme and 62% of all new Scottish equity partners since 2015 have been female.