Poll: Tories and Labour to get a beating

Scotland divided as voters back SNP and Brexit Party 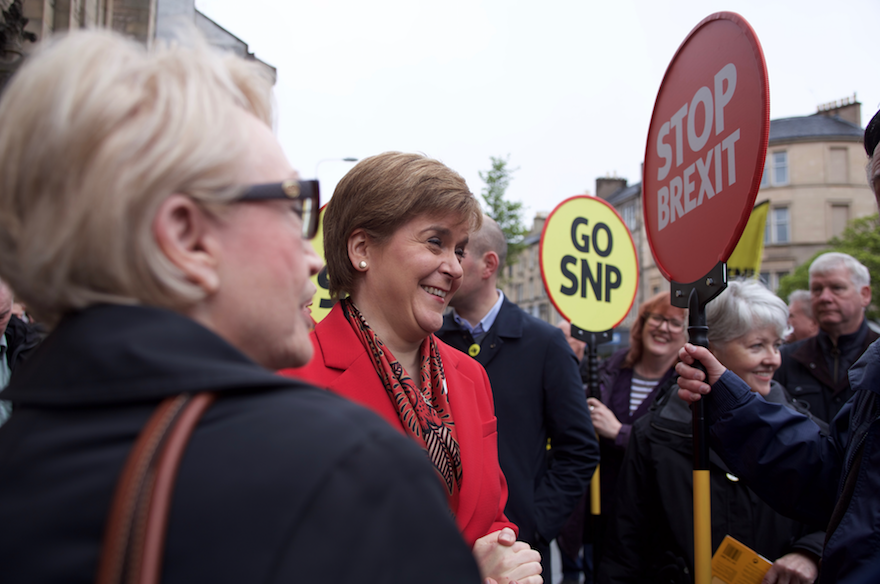 A new poll has revealed that Scotland is more divided on the issue of Britain’s membership of the EU than is claimed by SNP leader Nicola Sturgeon.

The SNP is expected to capture more than a third of the Scottish vote in this week’s European Parliament election. But Nigel Farage’s Brexit Party is gaining momentum and is forecast to win a fifth of voters as it appeals to Leave supporters disillusioned with the mainstream parties. The Greens are also polling higher than usual as climate change concerns rise up the agenda.

A You Gov poll suggests the SNP will win three of the Scottish seats, while the Brexit Party, Labour and the Greens are projected to win one seat each.

In what is being viewed as a substitute for a second referendum on the UK’s membership of the EU, the poll shows that across the UK the Brexit Party will win an overwhelming 34% of votes with the Lib Dems pushing Labour into third place and the Conservatives into fifth behind the Green Party.

In Scotland, the SNP is expected to win 38% of the vote, although the Brexit Party is forecast to win a substantial 20%, providing a counter argument to SNP leader Nicola Sturgeon’s claim to be speaking for Scotland. Mr Farage told a rally in Edinburgh on Friday that 30% of SNP supporters voted to leave the EU and he urged them to back his party. 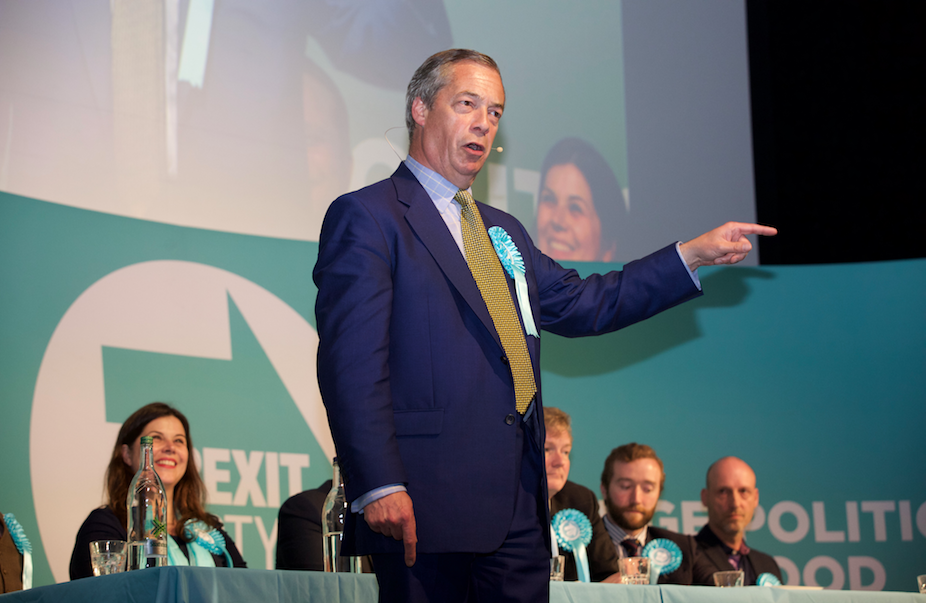 Nigel Farage at the rally in Edinburgh (pic: Terry Murden)

The 9,260 sample poll was conducted by YouGov and Datapraxis for Best for Britain and Hope Not Hate between 8-17 May. It claims to be the largest poll to date on how the public are intending to vote in Thursday’s election. Best for Britain is a civil society campaign, launched on 26 April 2017, to stop Brexit and continue the UK’s membership of the EU.

Nicola Sturgeon admitted in a television interview today that she will still pursue a second referendum on independence, even if Brexit doesn’t happen.

She was asked on this morning’s Andrew Marr Show if the UK remaining in the European Union would mean she’d drop her demands to break up Britain.

She responded: “Not necessarily, no.”

The Scottish Conservatives have said, her deceit on the issue has been exposed ahead of Thursday’s European elections.

Pamela Nash, chief executive of Scotland in Union, said: “This is a stark reminder that Nicola Sturgeon’s only priority is a divisive second independence referendum.“She is weaponising Brexit in a desperate bid to boost support for separation, but admits she will push to break up the UK whatever happens.

Prime Minister Theresa May has said a “new and improved” Brexit deal will be put to MPs when they vote on the EU Withdrawal Agreement Bill in early June.

Mrs May has adopted some measures resulting from her talks with Labour, including protections for workers in a bid to persuade opposition MPs to support her Brexit plan.

She will bring the withdrawal agreement back to the Commons in the week beginning 3 June. If the bill is not passed, the default position is that the UK will leave the EU on 31 October without a deal.

• SNP currently topping the poll in Scotland with the Brexit Party in second on 20% and the Green Party in third on 10%. Labour and the Conservatives are both in 4th place on 10%.

• SNP stand to win 3 seats, while Labour, Greens and the Brexit Party are projected to win a seat each.

• 22% of Labour’s 2017 voters are planning to vote Lib Dem at the European elections and 17% Green. Where Labour are losing their vote, over three votes are going to Remain parties for every vote that goes to a Brexit party.

• The Conservative party are languishing at 9% and in 5th place nationally, polling no higher than 12% in any one region.

The poll shows the Labour party do not top the poll anywhere in the country. In four of nine English regions, the party is in third place or lower according to these results, including third place in London and 5th place in the South East. The results show many voters are jumping ship to vote for parties unambiguously backing our continued membership of the EU.

The results show the Conservative party on course for a potential electoral disaster, and could be at risk of losing most of the 19 MEPs they returned in the 2014 vote. They are in 5th place overall and poll no higher than third in any region in the country.


Even a small surge in turnout could have a significant impact. For example, in South East, South West, and North West England, parties opposed to a hard Brexit could net an additional 3 seats with only 5-6% increase in pro-European voter turnout according to Best for Britain’s d’Hondt analysis based on the poll results.

Naomi Smith, interim CEO of Best for Britain, said: “Other polls in this election, especially those being used by tactical voting sites, have been relatively small at regional level. Our poll is the largest yet, and shows that there’s still everything to play for in these European elections.

Nick Lowles, CEO of Hope not hate, said:  “These results are incredibly alarming. They envision a populist right party storming to victory in these elections. If that happens as this poll suggests, it will be a big boost for the forces of division in this country.

“Remember that the Brexit Party’s leadership has been decimated by resignations over racism, Islamophobia and antisemitism. If these results are borne out, it will be a dark day. The most frustrating thing is that it didn’t have to be this way. The government has failed for more than two years to even try and bring the country together.

“To the very last Theresa May is making no effort to forge consensus in the country. At the same time, Labour’s attempt to triangulate their way out of this Brexit crisis has clearly failed. Leave voters don’t support Labour’s soft brexit compromise, and Remain voters are livid at being abandoned.

“Some have warned that a confirmatory referendum could deepen divisions, but this poll makes it clear that continuing to pretend this question has been resolved is what’s really pulling the country apart.”