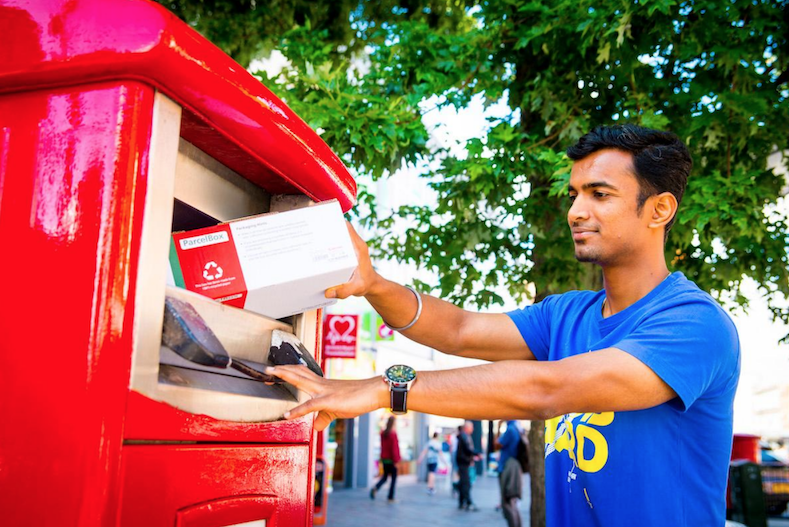 The new parcel post boxes will be introduced from August (pic: Royal Mail)

It will install 1,400 of the new postboxes over six months, starting in August, in locations including Aberdeen, central London, Leeds, Newcastle, Sheffield, Swindon, Bristol, and Cardiff.

The company says this is the first major change to the postbox to take place since they were introduced, 160 years ago and follows a trial in Leicester and Northampton last year.

Parcels posted into the new wide aperture secure postboxes – which have been repurposed from existing meter boxes – must have been prepaid using the Royal Mail’s Click & Drop online labelling system, available to consumers, online sellers and account customers.

Online shoppers, meanwhile, will be able to use them to return some barcoded parcels.

Mark Street, head of campaigns at Royal Mail, said “The wide scale introduction of parcel postboxes is one of the many ways we at Royal Mail are looking to make the lives of our customers easier.

“The parcel postboxes trial last year was a success, and we hope that the wider roll-out gives added flexibility to online sellers who might be running a business in their spare time and not keeping regular office hours.”

In 2018, Royal Mail delivered 1.3 billion parcels to addresses across the UK ­– more than all other couriers combined.

The Post Office network is on the brink of collapse with more than 2,500 branches facing closure in the next 12 months, MPs have been warned.

More than a fifth of sub-postmasters, who run the Post Office franchises across the UK, have said they may resign or scale back because of increasing financial pressures.

Concerns expressed by the National Federation of SubPostmasters (NFSP) come as the government prepares to end its subsidy of the Post Office network in 2021.

NFSP chief Calum Greenhow said: “The viability of sub post offices and the morale of subpostmasters has been eroded to the extent that the network’s resilience is extremely limited. We believe a tipping point has been passed and the consequences of this are now being realised.

“Sub-postmasters are resigning in high numbers because it is increasingly difficult to make a decent living. The closure of 2,500 post offices in a year would be a catastrophic loss to communities across the UK.”