Rodney joins board of LAR Housing Trust as trustee 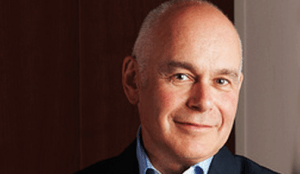 LAR Housing Trust has strengthened its board with the appointment as a trustee of one of the best known figures in Scotland’s legal scene.

Former Burness Paull chairman, Philip Rodney, has joined the housing charity’s board as the organisation targets further growth across Scotland.

LAR’s chairman, Andrew Robertson, said: “I’m delighted to welcome someone of Philip’s stature, experience and reputation to the board. I’m sure he will provide a valuable contribution to our strategic direction going forward as we continue to expand rapidly.”

Mr Rodney, a commercial litigation specialist, started his legal career with McGrigor Donald before joining boutique Glasgow firm Alexander Stone & Co, which subsequently merged with Burness. He was appointed chairman of the firm in 2005 leading it through its growth strategy including a merger with Paull & Williamson to form Burness Paull. He remained as chairman until his retirement in July last year.

He said: “It’s really exciting to be joining the board of LAR Housing Trust. What it has achieved in the short period since it was set up is truly impressive. I am looking forward to working with the leadership team in the next phase of its ambitious strategy.”

LAR, which was set up in October 2015 to boost the supply of good quality mid market rental properties, already has over 600 homes occupied, under construction or in the planning process at 24 sites across Scotland.