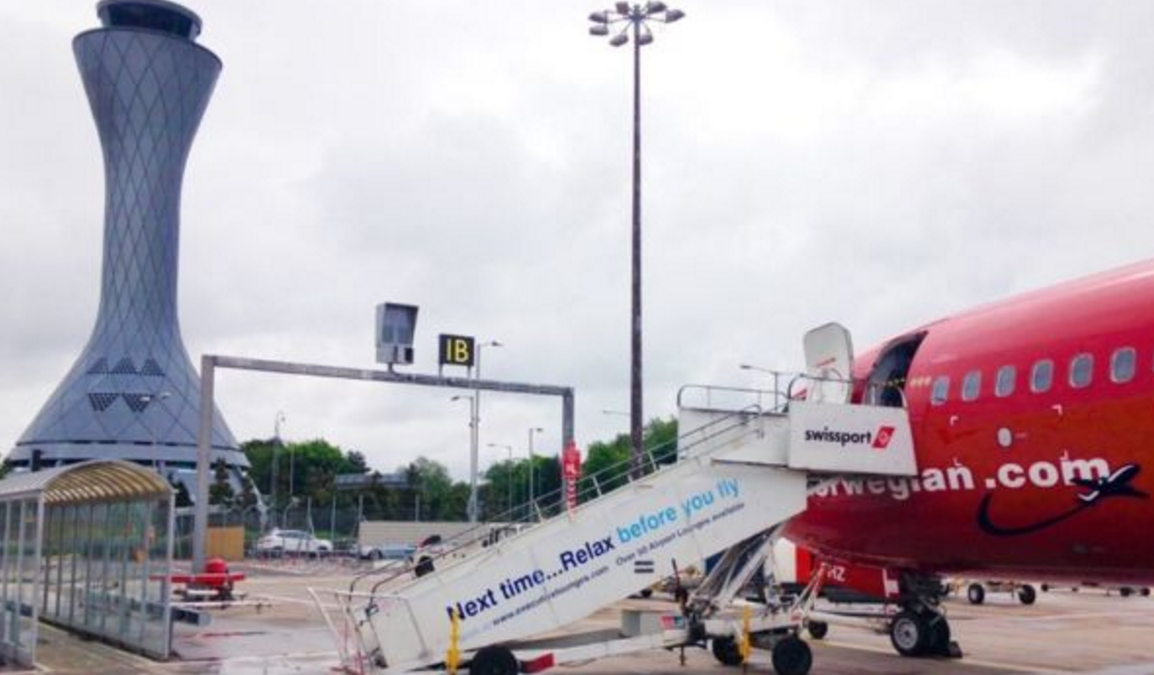 A proposed tax cut on flying has been abandoned by the Scottish Government after it declared a commitment to reducing carbon emissions.

Finance Secretary Derek Mackay and Environment Secretary Roseanna Cunningham announced the u-turn, reversing a promise to the airlines and airports that air departure tax [a replacement for air passenger duty] would be slashed by 50% and then abolished completely ‘when circumstances allow’.

The decision was welcomed by Labour and Liberal Democrat MSPs and by environmentalists but drew criticism from Edinburgh Airport CEO Gordon Dewar who said it showed a lack of leadership.

Edinburgh Airport is among those that have been calling for the tax cut. Although passenger numbers continue to climb there is evidence of some airlines building their strategy around locations without the tax. It is understood Norwegian Airlines withdrew its direct flights to the US over the SNP government’s failure to deliver on a reduction in ADT.

“We’ve gone from personal commitments to all-out cancellation in the space of just two weeks, which shows just how reactionary this decision is,” said Mr Dewar. “It does not show leadership and means airports and airlines have been led down a path of failed promises for three years by this Scottish Government.”

Airport and airline bosses said a cut in air departure tax (ADT) would help boost Scotland’s international competitiveness and accused the SNP government of dragging their heels on a manifesto commitment. SNP ministers said the plans were tied up in legal issues which would not be resolved until after April 2020.

Mr Dewar added: “The Scottish Government continues to implement a successful cut in APD in Inverness which has delivered fantastic economic benefits, and persists on propping up a failing airport at Prestwick to the tune of £40m and counting, so this is sheer hypocrisy. It also raises questions about continued support for our tourism sector when airlines have already walked away from Scotland due to this failure to deliver.”

Liz Cameron director & chief executive of Scottish Chambers of Commerce, accused the Scottish Government of performing “an alarming u-turn” which would “have a significant and deleterious impact on the Scottish economy.”

Urging the government to reconsider, she said: “This decision will do nothing to reduce emissions. Instead, it will cut Scotland off at the knees in terms of connectivity and a competitive playing field.  Without world-class transport connections, Scotland’s efforts to trade internationally will be hampered at a critical point in time where the need to boost our exports has never been  greater.

“Likewise, failing to bring aviation taxes in line with other European regions will diminish the benefits that tourism brings to our economy.

“There needs to be a balance and an effective, qualitative, dialogue with business and the wider community. We would urge all political parties to reconsider and reach a balanced judgement.”

Ahead of a key debate on the tax in Holyrood scheduled for tomorrow, Mr Mackay said reducing air departure tax was “no longer compatible” with its climate targets.

He said: “All parts of government and society have a contribution to make to meeting this challenge. We continue to support our tourism industry, which is going from strength to strength, and we will work with the sector to develop in a sustainable way. We welcome their efforts – and those of the aviation industry – to reduce carbon emissions.”

Ms Cunningham added: “We have moved quickly to increase Scotland’s emissions reduction targets – which will now be the most stringent in the world.  We are reviewing a range of policies across government to ensure that we can meet those targets.


“Scotland has already shown global leadership by including a fair share of international aviation and shipping emissions in its statutory climate targets, and the fact is that aviation emissions contribute a relatively limited amount to Scotland’s overall carbon emissions – so while we are making this commitment as the first step to meeting the climate emergency, no one should be pretending that this is job done.

“Politicians across parliament and across the UK need to rise to the occasion. If we are all in agreement that the planet is facing a climate emergency, then we all need to do what is in the national – and indeed international – interest, and not just what suits party political purposes.”

The SNP was facing a dilemma over conceding to demands to scrap the tax cut from Labour and Liberal Democrats, or siding with the Conservatives who wanted it to go ahead.

Scottish Labour Transport spokesperson Colin Smyth said: “It is the right decision from the SNP – and one that should have been made years ago.

“Scotland faces a climate emergency and soaring inequality – a tax cut that benefits the richest the most and increases emissions was never the right policy.

“Holyrood should now get on with delivering better public transport and look at how ADT could be reformed to be more progressive.”

Labour and Liberal Democrat MSPs have repeatedly called on the SNP to abandon the policy in the light of its new declaration on climate change and the need to cut emissions. After being pressed on the issue by Scottish Labour leader Richard Leonard at First Minister’s Questions last week Ms Sturgeon hinted that she may be ready to scrap the planned cut.

Labour said that even a 50% cut in the tax increase emissions by around 60,000 tonnes of carbon dioxide and deny the public services of £150m. Liberal Democrats estimate the total cost to the public purse would be £250m.

Scottish Liberal Democrat energy spokesperson Liam McArthur, said: “The SNP have been in the pocket of the aviation industry for years. When Liberal Democrats asked what the evidence was for abolishing APD, Keith Brown referred us to a report on the Easyjet website commissioned by four airlines.

“Passenger numbers are going up and up already. This money should be going towards our schools, hospitals and making the changes needed to our transport system that can help save our planet. It is time these priorities got the first class treatment instead.”

The Scottish Greens described the Scottish government’s announcement as a “huge u-turn”, which the party said was needed to show that Scotland is serious about meeting its climate change targets.

But the Conservatives said the government had broken promises to the tourism industry and had “succumbed once again to the environmental extremists in its own nationalist movement”.

Comment: Why tax cuts should be linked to pollution not passengers