Lord Bilimoria frontrunner to be next CBI president 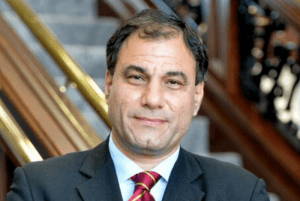 Lord Bilimoria is the frontrunner to succeed the Tesco chairman, John Allan, as president of the CBI which expects him to stand as its vice-president at its annual meeting on 18 June.

He sits in the Lords as an independent cross-bench peer, having launched Cobra beer in 1989 and remaining its chairman. He was also the founding chairman of the UK-India Business Council.

A campaigner for a second referendum, Lord Bilimoria, has compared the Brexit process to “watching a train crash in slow motion”.

He said on Sunday: “I want a resolution to this in a way that would be good for the UK and for British business.”

At a dinner at Gleneagles in April last year he called for MPs to show they had leadership skills by re-thinking Britain’s withdrawal.