Lord Blackwell, chairman of Lloyds Banking Group, told shareholders today that the bank would be moving to quarterly dividend payouts as a reflection of its strengthening balance sheet.

Addressing the AGM in Edinburgh, he said it was in line with the bank’s decision to have a “progressive and sustainable dvidend” which was also why it preferred to pursue a £1.75bn buy back rather than distribute surplus cash as special dividends.

Three-monthly dividends will be paid from the first quarter of 2020 to provide its 2.4 million shareholders with more regular returns.

“We are now one of the UK’s largest dividend payers,” he said.

Earlier he again apologised for the behaviour of rogue HBOS bankers in Reading who had been convicted of misconduct.

He said their activities “have not only had a damaging impact on the lives of those customers affected but have also cast a long shadow in undermining confidence and trust more widely. 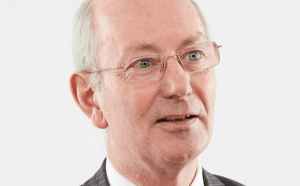 “We are determined to rebuild that trust by ensuring the various investigations get to the bottom of what went on,” he said.

On remuneration, Lord Blackwell, pictured, insisted the bank had a principle to “pay on performance”. However, MPs yesterday accused the firm of “boundless greed” over its pension plans for chief executive Antonio Horta-Osorio who received a £6.27 million pay packet last year, including a pension contribution of 46%, compared to a 13% maximum for other employees. In February, he voluntarily reduced his pension contribution down to 33%.

Mr Horta-Osorio said the new joint venture, Schroders Personal Wealth, will be active by the end of the year with the aim of becoming a top three firm for financial planning with five years. It was set up in the wake of Lloyds withdrawing £109bn of funds from Standard Life Aberdeen.

But one investor accused the bank’s bosses of “living in a parallel universe” and said awards to bankers like M Horta-Osorio – currently Britain’s best paid banking boss – “totally distort the world in which we are living”.

Despite the concerns raised, the remuneration report was backed by 92% of investors who cast their votes in provisional results shared at the meeting.

In a repeat of last year’s confrontation, television personality Noel Edmonds posed a volley of questions about the fraud in a lengthy exchange with the chairman.

“If you don’t know how many police forces are investigating Lloyds Bank, then you clearly don’t know the extent of the criminality in Lloyds Bank, do you?” Mr Edmonds said.

Royal Bank of Scotland and its Natwest Markets subsidiary have been fined €249m (£218m) for taking part in currency rigging, though the bank said it had made provision for the penalty.

The European Commission said settlements have been reached with Barclays, Citigroup, JP Morgan, MUFG and RBS who were together fined €1.07 billion (£934m) in relation to the EC’s investigation of historic competition law breaches concerning foreign exchange trading between December 2007 and November 2011.

In a statement, RBS said: “The aggregate fine is fully covered by existing provisions in NWM.

|As previously disclosed, NWM Plc is co-operating with investigations and responding to inquiries from other governmental and regulatory (including competition) authorities on similar issues relating to past failings in FX trading. The timing and amount of future financial penalties, related litigation risks and collateral consequences remain uncertain and may be material.”

Metro Bank is hoping to raise £350m by selling shares at a discounted 500p each. They close today at 545p.

The bank says it intends to use the funds raised to grow its loan balances and risk-weighted assets, while investing in the expansion of stores and new technologies.

A shareholder meeting will be held on 3 June to approve the share issue.