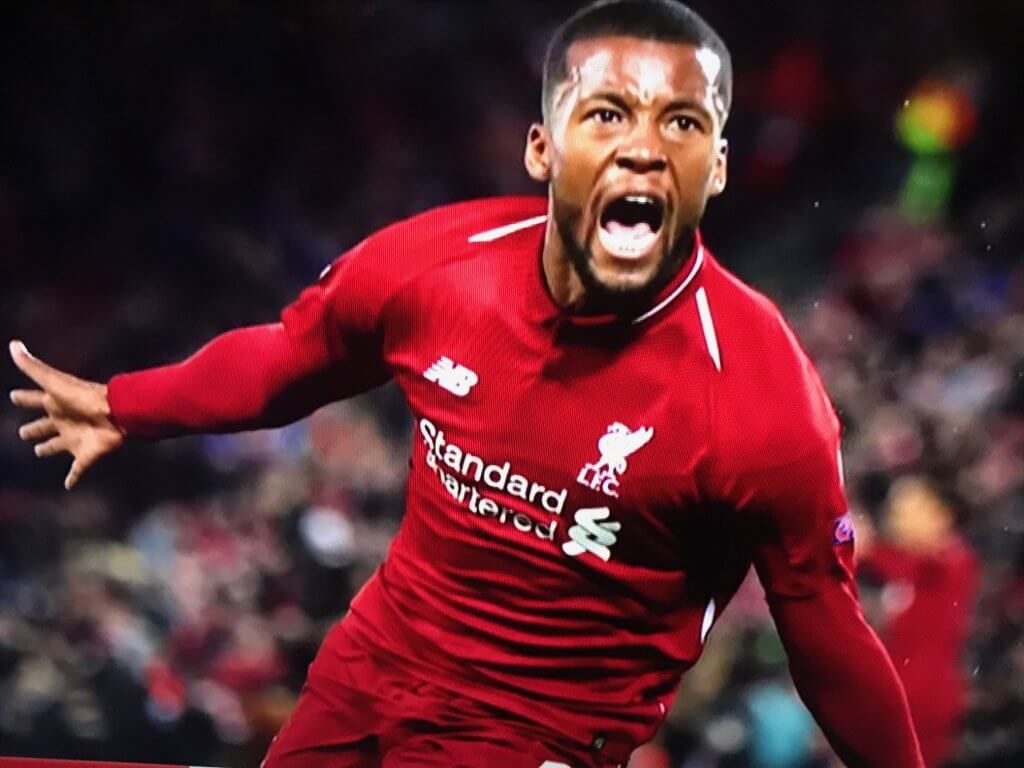 The year of sporting comebacks witnessed arguably the biggest turnaround of them all at Anfield last night. Liverpool achieved the seemingly impossible by sweeping aside Champions League favourites Barcelona in one of the most thrilling matches in the competition’s history.

Trailing 3-0 from the first leg in the Camp Nou, few gave Jurgen Klopps’ side any chance against Lionel Messi & Co. Yet the Reds somehow defied the odds to demolish the Spaniards. Divovk Origi and supersub Gini Wijnaldum were the heroes with two goals each on a night never to be forgotten.

Liverpool will be aiming to be crowned kings of Europe for the sixth time against either Ajax or Tottenham in Madrid later this month, a prospect relished by left-back Andy Robertson.

The influential Scotland skipper was forced off at half-time after being kicked by former Liverpool striker Luis Suarez, but had the last laugh.

“Who’s going to the final? We’re going to the final, that’s all that matters,” said the former Dundee United defender, whose team could clinch the English Premier League title on Sunday if they beat Wolves at home and Manchester City slip up at Brighton.

“This team’s incredible, seriously. I’ve said it so many times this season but, my god, what a team.

“We believed, that’s the strangest thing. Many people wrote us off but we believed that if we got off to a good start we could start.

“Divock got the goal and the rest is history. Fair play to all the lads.

“We go into Sunday full of energy now. It’s out of our hands but we’ve seen stranger things happen here haven’t we?”

The stunning triumph was yet another example of how sport has produced the unexpected this year.

Their win on away goals after a 3-1 victory in the French capital saw United become the first team in Champions League history to progress to the next round having lost by two or more goals at home in the first leg of a knockout match.

After racking up 38 unanswered points in the second half, the Scots looked on course for the greatest ever comeback in top-level international rugby only to be denied with the last move of the game as the spoils were shared after a pulsating 38-38 draw.

It’s not the first time Liverpool and Barcelona have been involved in Champions League drama.

Twelve months ago at the quarter-final stage, Barca took a 4-1 first-leg lead over Roma back to Italy but were knocked out on away goals after a shock 3-0 loss in the Eternal City.

Two years ago the Catalan club earned an unlikely last-16 win over PSG despite losing the first leg in France 4-0. A 6-1 victory in the Camp Nou saw Barcelona edge a remarkable match 6-5 on aggregate.

And who could forget Liverpool’s sensational Champions League win over AC Milan in 2005?

Trailing 3-0 at half-time in Istanbul, they fought back to 3-3, eventually winning a dramatic penalty shoot-out.