Ibrox boss Gerrard: ‘It’s been worse than I expected’ 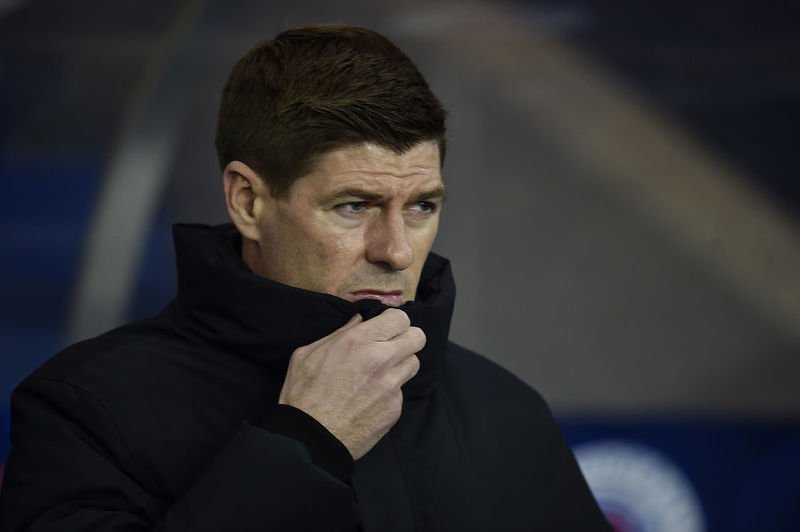 Rangers boss Steven Gerrard has spoken of a frustrating first season in Scottish football and how the game could be presented in a better light by television companies.

In an interview he bemoans the game’s half-empty stands, kick-and-rush games and poor camera angles which make it harder to persuade players to make the move north of the border.

“Certain games have been good. Some of the ones we’ve played in or that I’ve watched have been of a higher quality than I expected. But at times, I’ve been disappointed too watching certain games,” he told the Sunday Mail.

“The stadiums haven’t been full and when it comes to the standard, the ball has been in the air a lot . If I’m honest, it has been a little worse than I thought. So it has been mixed. Our games against Celtic and Aberdeen were so enjoyable because they’ve been fierce, quick, intense.”

“I’m not criticising Scottish football but when stands are empty on TV, it doesn’t look great on the eye.” He added that TV should be “more cute and clever with the camera angles at certain stadiums.

“If they’re putting games live on BT Sport or Sky they should change the camera positions so you see a full stand rather than an empty one. It’s a small thing but it comes up in conversation when you are chatting to players.”

He said his comments were aimed at improving the way the game is presented in Scotland, repeating comments last week that he wants a Scottish manager in charge of the national team “and playing the right way.”

He said: “I want to back all of that. I’m employed by a Scottish club, I work with Scottish people, so I want your national team to be the best that it can be.

“I want the game up here to be better, to look better on the eye. And there are subtle things that can help that. You go live on BT Sport or Sky Sports around the world and have a camera on an empty stand. It’s ludicrous. I don’t get it, don’t understand it.”

Gerrard, who saw his 10-man team defeat Hibs 1-0 at Ibrox thanks to a Jermain Defoe goal, has strengthened his squad with the signings of Jake Hastie, Jordan Jones, Glen Kamara, Steven Davis and Greg Stewart, all arriving on Bosman deals.

“I knew the transfer market would be challenging at Rangers,” he said. “The reality is that there are leagues a lot more attractive than this one.

“We can’t compete with market forces elsewhere, it’s just the way it is. But I knew that before I walked in.” 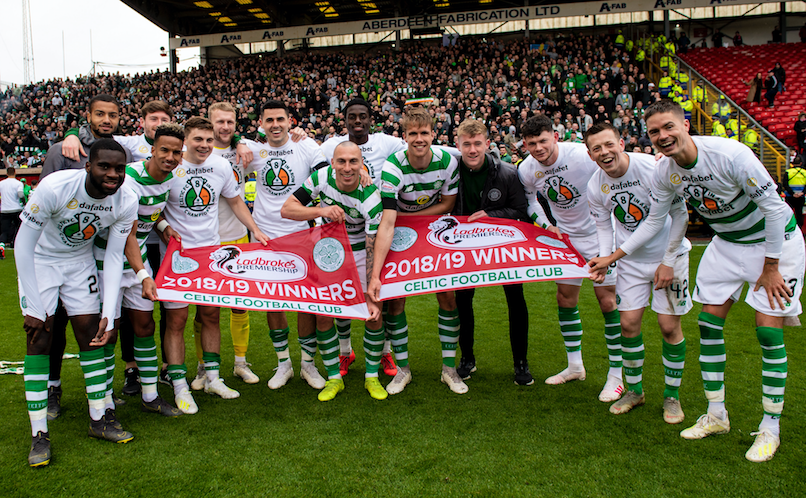 Allan McGregor was sent off towards the end of the Hibs win, and now misses the final Old Firm match of the season next weekend.

Gerrard knows his major challenge is to break Celtic’s domination of Scottish football which was confirmed with an eighth successive Premier League title, although the team that sealed the title at Pittodrie is likely to look markedly different when the 2019/20 season kicks off in August.

The Parkhead board’s reluctance to invest in Scottish international John McGinn’s services when Hibernian made him available raised questions over the club’s ambitions beyond the domestic game, not least from Brendan Rodgers who forfeited his place in history as a triple treble winner for the riches of the English Premier League.

Sources now say there will be a flurry of activity in the transfer market this summer with at least three defenders on their way out of the club. Dedryck Boyata, Filip Benkovic and Emilio Izaguirre will all leave in the summer with Mikael Lustig’s future still to be decided.

There is speculation that Celtic will once again look to bring in Iranian defender Milad Mohammadi, who currently plays in Russia’s top tier with Terek Grozny. The 25-year-old’s contract expires in the summer and has been on Celtic’s radar for some time.  He is valued at about €4m but the Scottish Champions could sign him on a free.

Questions have also been raised over the future of Scott Sinclair, Tom Rogic and Olivier Ntcham who have had a fairly unspectacular season. Ntcham was linked with a £13 million move to Porto last summer, but has struggled to get a game under Neil Lennon. Rogic has been out of form, while Sinclair hasn’t score since Rodgers left.

Lennon, who has now secured his sixth trophy in two spells as their team boss, thanked chief executive Peter Lawwell and major shareholder Dermot Desmond for “entrusting me with getting the job done”. He also paid tribute to fellow Northern Irishman Rodgers “because he’s laid the foundations for all this”.

They now have to beat Hearts in the Scottish Cup final to achieve the triple treble.

Elsewhere, a 10th straight defeat sealed Dundee‘s relegation after losing at home to Hamilton who meet St Mirren next week in a play-off decider. 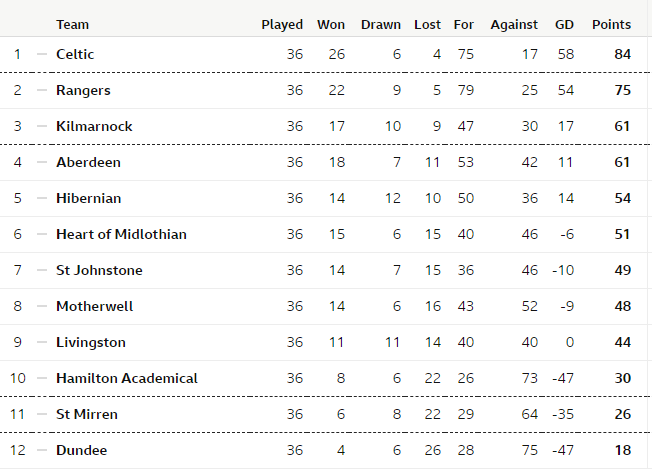