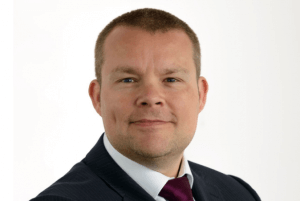 KPMG’s appointment confirmed an earlier report by Daily Business which also said that the company, a Cisco partner, had been unable to secure new funding.

In a statement, KPMG said Hutchinson experienced a period of rapid growth as a result of significant new contract wins over the past two years, and forecast this trajectory to continue during 2019 and beyond.

“Unfortunately, during the second half of 2018, certain contract delays coupled with the mixture of work secured, meant the company generated lower gross margins than forecast, resulting in monthly losses and cashflow pressures.

“The business sought to alleviate this via cost control measures and launched a process to secure additional investment which would support the next phase of growth and further stabilise finances. Unfortunately, this proved unsuccessful and with no other sources of funding available, the directors resolved to place the company into administration.”

The administrators said they “had no other option” than to make 94 of the company’s 109 employees redundant with immediate effect.

The 15 remaining employees have been retained to help the administrators to continue trade the network operation centre and provide multi-cloud platform services to customers, whilst KPMG explores a sale of the business and assets.

Blair Nimmo, joint administrator and UK Head of Restructuring at KPMG, said: “Hutchinson Networks was a rising star in global IT network deployment. It had invested heavily for future growth and secured attractive contracts for the second half of 2019. Despite the exhaustive actions of the directors to increase sales, reduce costs and attract new investment, the business was unable to continue trading.

“We are exploring a sale of the business and assets and would encourage any interested parties to contact us as soon as possible.

“Additionally, we are working with Scottish Enterprise and Skills Development Scotland to provide a full range of support to the company’s employees throughout this process.”

It emerged later today that fellow Cisco partner, Cinos Communication Services (CCS), based at Cranfield in Bedfordshire, has made job offers to eight of Hutchinson’s staff.

Dan Worman, co-founder of CCS commented: “We’ve worked on a number of collaborative projects with Hutchinson over the years. I will be sad to see them go. There is a lot of alignment in the services Hutchinson provided, and the services Cinos provides. We are here to assist Hutchinson’s customers should they need us, and have made offers of contract for a number of Hutchinson’s staff.”

Hutchinson is based at Dalkeith where it expanded only last year after raising £2.2 million but a second round of funding, understood to be sourced from a private equity firm, did not materialise.

It was founded by Paul Hutchinson, pictured, in 2011, and COO Stephen Heslop specialising in complex, international IT projects in 80 countries from its hub in Edinburgh. Its client base includes Fortune 100 companies who require solutions on a global scale.

One employee posted on social media: “It’s a sad day for many as Hutchinson Networks have gone into administration. As such myself as well as hundred plus others now find ourselves seeking other employment.”