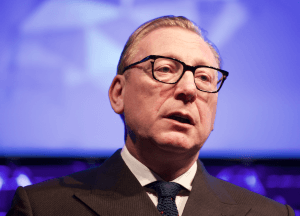 Buccleuch is selling a substantial landholding in the Scottish Borders, including Langholm Moor, following a review of its estates.

A decision to put much of its farming operations on the market is the first big change in strategy announced by new executive chairman Benny Higgins (pictured).

Buccleuch’s Borders Estate will seek a new owner for 25,000 acres – from Auchenrivock in the south to Hartsgarth in the north. It includes a small number of farm tenancies, which will continue as they are under new ownerships, and blocks of forestry.

The group endured some difficult years following the 2008 financial crash but is now trading profitably.

In line with the Scottish Land Commission’s protocol on community engagement, Buccleuch will consult with the local communities about the proposed sale, inviting responses to a short questionnaire, which will be available online or in local community hubs.

Langholm Moor was the site of two major scientific projects relating to moorland management, the latter of which – the Langholm Moor Demonstration Project – was completed two years ago.

Former banker Mr Higgins, who took on the chairmanship in March from the retiring Duke of Buccleuch, said: “The completion of the Langholm Moor project gave us an opportunity to look at what the moor’s future should be within the wider Buccleuch portfolio of landholdings. That review led us to the conclusion that marketing the moor area for sale was our preferred option.

“The decision is very much in line with our business’s stated aim of reducing the Buccleuch footprint while enabling us to invest in priority projects.”

Buccleuch has instructed Savills to handle the proposed sale.