Significant move by US bank 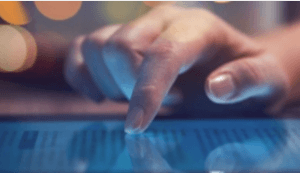 US bank Goldman Sachs has appointed Mazars to audit its London-based European operations in a significant break from a Big Four accounting firm.

The switch will be seen as a response to concerns over audit performance expressed by MPs and regulators who want to weaken the grip of PwC, EY, Deloitte and KPMG. Recent failures to spot the problems at firms such as Bhs and Carillion have prompted calls for them to be broken up.

A Mazars spokesman confirmed that it would be conducting Goldman Sachs International’s European audit, which is focused on Britain and Germany.

Mazars is the eighth-largest auditor by fee revenue in Britain but like other mid-tier firms it has had little success in securing in audit work from the largest listed or multinational companies.

A spokeswoman for Goldman Sachs confirmed the Mazars appointment, which was first reported by the Financial Times. Mazars will take up the European audit from PwC in 2021, while the Big Four firm will remain the company’s group auditor.

The UK audit sector has been subject to close scrutiny over recent months, thanks in part to high profile failures such as Carillion, as well as an acknowledgement that the market is overwhelmingly concentrated among just four firms.

Mazars favours joint audits where two separate audit firms are appointed by a company to express a joint opinion on its financial statements. Joint audits are already mandatory in France and is proposed by the UK Competition and Markets Authority (CMA) whose initial recommendations identify joint audit as a potential solution to many of the problems which exist in the audit sector.


The CMA proposes that: “FTSE350 audits should be carried out jointly by two firms, at least one of which should be from outside the Big Four. This will give challenger firms access to the largest clients, while allowing for a cross-check on quality, as each auditor reviews the other’s work”.

On its website, Mazars states:`”Joint Audit is a tested and proven mechanism to facilitate the emergence of new players and, in the case of France, has already led to creating the least concentrated audit market of any major economy. If undertaken in the right spirit of collaboration, we believe joint audit also reinforces governance arrangements on the conduct of audits and delivers real improvements in audit quality.

“The two most common criticisms of joint audit are in relation to their cost and the additional risks involved. We strongly believe that both criticisms are totally unfounded.”