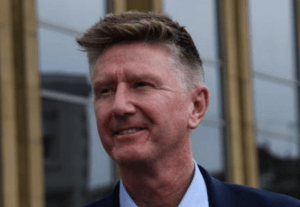 Mclaughlin last worked for Dubai-based Gulf Sports Media, a digital and print content business where he is credited with trebling revenues in three years as chief executive. He will oversee Big’s 120 staff and 350 clients served from offices in Glasgow, Edinburgh, Aberdeen and Manchester.

Big’s founding director Neil Gibson, said: “With turnover this year of around £10m, our highest-ever, we’re ready to take the next step forward in Big’s evolution and Steve’s appointment will play a major role in further accelerating our expansion.

“He has a superb, sustained pedigree of driving business growth, with a specific focus on digital performance, as his track record in his last two leadership roles with Gulf Sports Media and ICS Learn amply demonstrates.

McLaughlin added: “I’m hugely excited to be coming back to the UK to work with such a well-regarded agency at a really exciting period in its growth.

“I know from many people within my own network that Big has a hard-earned and justified reputation as a firm which really delivers for its clients. It’s clear that the team is ambitious for further growth and I’m looking forward to playing my part in the years ahead.”