East Kilbride Retail Park has been acquired by a property investor in a deal worth £12.25 million, representing a net initial yield of 10.49%.

Corum Asset Management, based in France, will add the 59,404 sq ft scheme to a growing commercial property portfolio in Scotland.

The deal includes a substantial retail warehouse cluster adjacent to Kingsgate Retail Park, with the current tenants including The Range, Pets at Home, Currys PC World and Halfords.

The buyer was represented by Knight Frank, while Cushman & Wakefield acted on behalf of the vendor Aberdeen Standard Investments.

“East Kilbride is also set to benefit from new residential and infrastructure developments over the course of the next few years through the Glasgow City Region Deal, which can only have a positive knock-on effect for retailers and the retail park itself.” 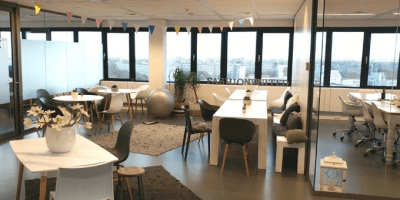 Only 6% of firms demand full-time return to office