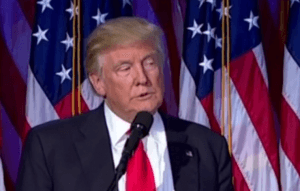 Stocks fell sharply in China after US President Donald Trump heightened the stakes in trade talks.

Mr Trump said he would impose higher tariffs on $200 billion (£152bn) worth of Chinese goods this week.

In a tweet, Mr Trump declared: “The Trade Deal with China continues, but too slowly, as they attempt to renegotiate. No!”

Tariffs on the identified goods will increase from 10% to 25% on Friday, reversing a decision Mr Trump made in February to keep them at the lower rate because of progress in the trade talks.

The president also said he would target a further $325 billion of Chinese goods with 25% tariffs “shortly,” essentially covering all products imported to the US from China.

The move marked a major escalation in tensions between the world’s largest economies and a shift in tone from Mr Trump, who had cited progress in trade talks as recently as Friday. Stock markets and oil prices fell as negotiations were thrown into doubt.

US equity futures fell more than 2% and stocks across Asia tumbled, with China’s main indexes plunging 5%.

A Chinese delegation was due to travel to Washington this week for talks aimed at ending the trade war.

The Wall Street Journal reported that China was considering cancelling the meeting in Washington in light of Mr Trump’s comments, which took Chinese officials by surprise.