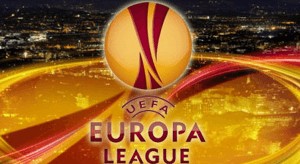 After Arsenal swept past Valencia, their Premier League rivals defeated Eintracht Frankfurt after extra-time and penalties to make the Europa League final an all-London tie.

Another night of drama followed the extraordinary comeback wins for Liverpool over Barcelona and Tottenham against Ajax in the Champions League.

There have been two previous all-English finals in European competition, Tottenham beating Wolves in the 1971-72 Uefa Cup and Manchester United beating Chelsea in the 2007-08 Champions League.

Spain has had three teams in the finals of the two competitions in 2015-16, with Real Madrid and Atletico Madrid contesting the Champions League trophy and Unai Emery’s Sevilla winning the Europa League.

Tottenham and Liverpool will meet in Madrid on 1 June, amid reports that airlines are profiteering by hiking he price of tickets.

Website Money Saving Heroes reported that a standard budget airline ticket would usually cost £40 from one regional airport to Madrid for a round trip, but currently the only direct flight available through easyJet had shot up to £1,223.

Eden Hazard scored the winning penalty as Chelsea edged past Eintracht Frankfurt 4-3 on penalties after the second leg of their Europa tie finished 1-1 (agg:2-2).

Jovic equalised for the Germans after Loftus-Cheek put the Blues into the lead at Stamford Bridge.

Pierre-Emerick Aubameyang’s hat-trick for Arsenal in Valencia set up the all-English final in a 4-2 victory on the night (agg: 7-3).

A Champions League spot is at stake for the Gunners who could join Chelsea as the fifth English side to qualify for next season’s competition by winning the Europa final for a record fourth time.