Boris bids for leadership as June heralds end of May 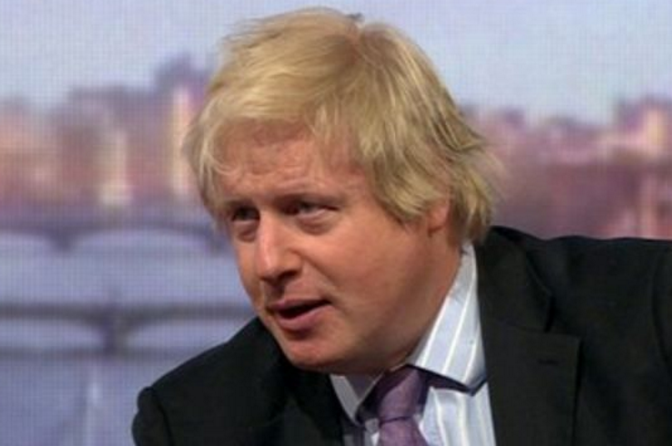 Talks on a Brexit deal between the Tory Government and the Labour hierarchy have ended without an agreement.

In a letter to Prime Minister Theresa May, Labour leader Jeremy Corbyn said that talks on finding a compromise agreement for leaving the European Union have “gone as far as they can” due to “the increasing weakness and instability” of the government.

Mr Corbyn said that as the Conservative Party moves towards selecting a new leader, “the position of the government has become ever more unstable and its authority eroded” undermining “confidence” in the “government’s ability to deliver any compromise agreement”. He notes that “not infrequently, proposals by your negotiating team have been publicly contradicted by statements from other members of the Cabinet.”

The Labour leader describes the talks as “detailed” and “constructive”, but expresses disappointment that “while there are some areas where compromise has been possible, we have been unable to bridge important policy gaps between us.”

Mr Corbyn said Labour will “carefully consider” any proposals the Government brings forward to break the Brexit deadlock, but reiterates that, without significant changes, the Party will “continue to oppose the Government’s botched deal”.

A breakdown in the discussions comes after Mrs May indicated she will step down next month, with former Foreign Secretary and leading Brexiteer Boris Johnson ready to declare his candidacy.

The Conservatives are facing a meltdown in next week’s elections to the European Parliament and MPs will vote on the EU Withdrawal Agreement Bill in the first week of June. That is expected to be defeated while 1 July is the last day that the UK could leave the EU before new MEPs take their seats.

National Chairman of the Federation of Small Businesses Mike Cherry said: “Nearly two months after we were supposed to leave the EU, we find ourselves no closer to a solution to this political mess.

“The breakdown of cross-party talks is just another chapter in what is becoming a litany of failures during the Brexit process. When small businesses asked for leadership, pragmatism and pace in delivering a pro-business deal, politicians responded by offering more of the same.

“More of the same just doesn’t cut it for our small firms anymore. We are the ones dealing with the realities of this mess – planning decisions cancelled, investment stalled and growth going backwards.

“Ongoing uncertainty is damaging the economy, holding back productivity and battering small business confidence. We simply cannot see this continue through to the end of October.”

Brexit Party leader Nigel Farage, pictured, risks facing an angry reception when he appears at a rally in Edinburgh tonight.

His anti-EU party has already been mocked by opponents for charging supporters £2.50 a head to attend the event at the Corn Exchange. 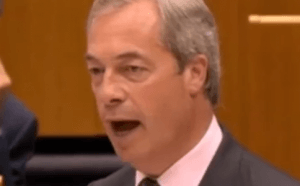 On a previous visit in 2013 he found himself barricaded inside a pub in the Royal Mile pub during the independence referendum and had to leave in a police van. A year later he joined a UKIP rally at the Corn Exchange which drew hundreds of protesters.

His new party, which is campaigning for withdrawal from the EU without a deal with Brussels, is confident of securing an MEP in Scotland.  On Wednesday, he visited Cardiff where he discussed plans for form a Brexit Party group in the Welsh Assembly.

Scottish Brexit Party candidate Jim Ferguson said he expected to win votes from people disillusioned with the main parties.  “What you have to remember is that there were over a million people in Scotland who voted to leave the EU,” he said.

A poll last week showed the Brexit Party has overtaken the Conservatives for the first time.