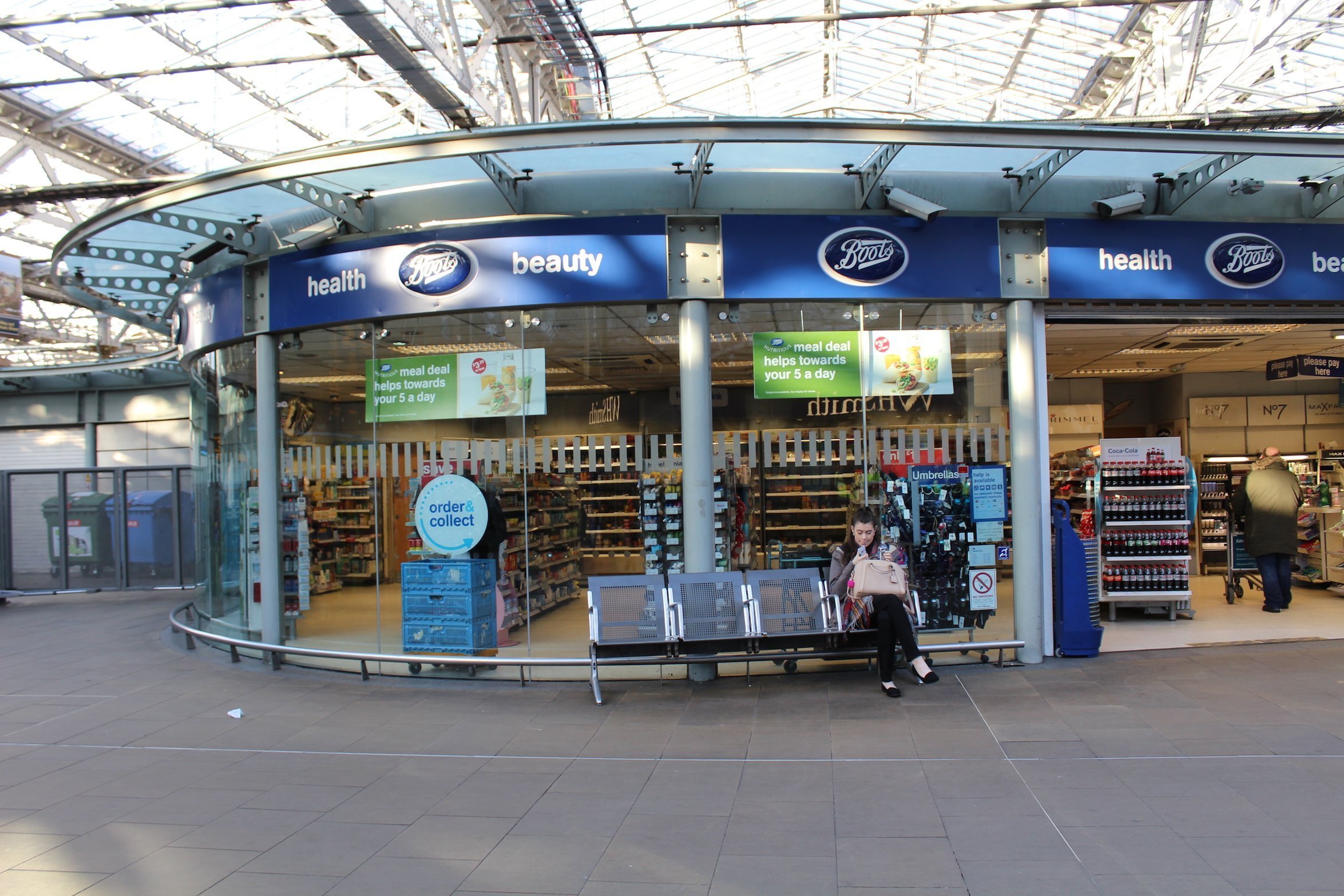 Boots at Waverley station: the company is looking to shut some stores (pic: Terry Murden)

Boots The Chemist is said to be considering the closure of 200 stores as it becomes the latest retailer to assess its presence on the high street.

Walgreens Boots Alliance (WBA), its North American owner, has put the outlets under review, although the company was keen to state that decisions had yet to be made about the stores under scrutiny, according to Sky News.

WBA said in April that it was undertaking a review of its Boots The Chemist estate “focusing on low-performing stores and opportunities for consolidation”, although it declined to specify then the number that it was considering shutting.

The closure of 200 shops would equate to just under 10% of the chain’s standalone UK health and beauty outlets.

It employs roughly 56,000 people, and is one of the largest retailers in Britain by store numbers. It has announced plans to cut hundreds of jobs at its head office in Nottingham.

The company joins some of the biggest names in British retailing in assessing the size of its portfolio and future needs. Debenhams, Homebase, Mothercare and New Look, are among others looking to close stores and cut rents.

Sir Philip Green, whose family owns the Dorothy Perkins-to-Top Shop empire, Arcadia Group, last week set out plans for a company voluntary arrangement (CVA) that will, if approved by creditors, lead to dozens of store closures.

Linkedin
News, UK No Comments » Print this News
Women and ‘tech for good’ pitching for £230k prize Previous News
Next News No lunch with May, but concerns still on the menu