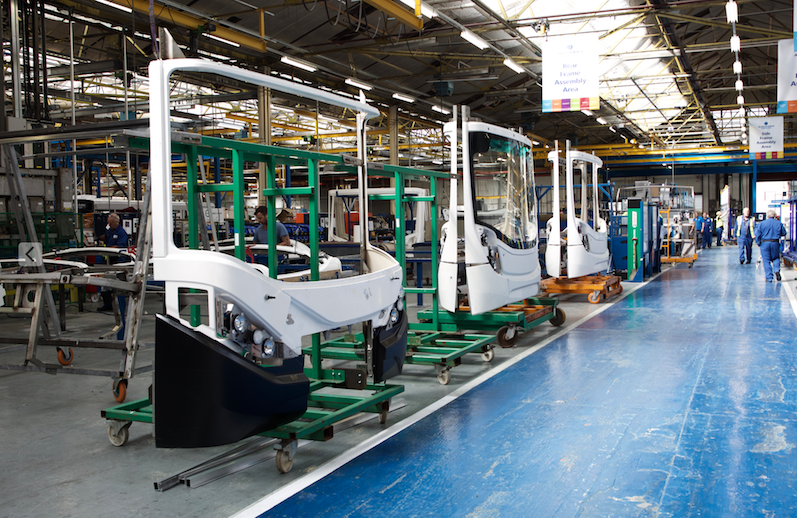 Work under way at the Falkirk factory (pic: Terry Murden)

Bus manufacturer Alexander Dennis has been acquired by NFI Group, North America’s largest and most diversified manufacturer of buses in a deal said to be worth £320 million.

The transaction creates an independent global bus company with market leading positions in the UK, Hong Kong and North America as well as a growing footprint in Asia Pacific, Latin America and Europe.

Falkirk-based ADL was established in 2004 when a consortium of Scottish entrepreneurs led by Sir Brian Souter and including Dame Ann Gloag, Sir Angus Grossart and Sir David Murray acquired the business from TransBus International’s administrators. Sir Brian and Dame Ann owned half the business.

Souter Investments will retain an equity interest in NFI and ADL having been issued shares in NFI Group as part of the transaction. The two companies were previously engaged in a joint venture.

ADL is the number one global producer of double-deck buses. With a history spanning more than a century, it has more than 31,000 vehicles in service in the UK, Europe, Hong Kong, Singapore, New Zealand, Mexico, Canada and the United States sold under the Alexander Dennis and Plaxton brands.

Canada-based NFI, which is quoted on the Toronto Stock Exchange, provides market leading transportation solutions under a number of brands. Tracing its roots back to 1930, NFI has more than 74,000 vehicles in service in Canada and the United States.

Paul Soubry, NFI’s president and chief executive, said: “This is a transformational acquisition for NFI to become a global bus manufacturer.

“ADL is the UK’s number one bus manufacturer and the number one global producer of double-deck buses, with an established international presence and is recognised as a leader known for innovative products and a commitment to quality and service.

“We’re thrilled to have ADL join the NFI family in a transaction that we believe will drive our business forward by combining joint strengths in engineering, sales, new product development and manufacturing with NFI’s expertise in Operational Excellence, insourcing, fabrication and systems management.”

NFI board chairman, Brian Tobin, added, “ADL is a company we know very well, and this acquisition presents a compelling opportunity to make NFI a more diversified and robust business while creating immediate value for our shareholders. NFI’s management team has a track record of delivering accretive acquisitions and prudent capital management which we expect to continue through the addition of ADL.”

Since 2004 ADL has gone from strength to strength and demonstrated a track record of consistent growth. In 2018 ADL generated revenues of £631 million, having grown revenue at a compound annual growth rate of 10.5% since 2010, and the company delivered more than 2,500 buses and coaches across its domestic UK market and multiple international territories.

ADL’s chief executive, Colin Robertson, who has driven the growth and internationalisation of the company over more than 10 years, together with chief financial officer, Michael Stewart, will continue to lead ADL as well as head-up NFI’s international growth ambitions.

Mr Robertson said: “We are incredibly proud of the growth and success we’ve had building Alexander Dennis over the past 15 years, and I’m excited to have the ADL team join NFI – one great bus company joining another.

“I look forward to continuing our solid progress at ADL and also championing further international growth for NFI in coordination with Paul and his leadership team”. 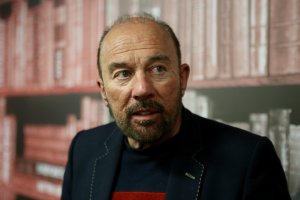 Sir Brian Souter, pictured, chairman of Souter Investments, commented: “Colin, Michael and their team at ADL have built a fantastic market leading business. Having been involved with ADL since 2004, I have witnessed the transformation of the company into a truly international business with an exceptional product portfolio, a reputation for innovation and design and engineering excellence, and a first-class approach to customer service.”

“Our primary focus remains on private equity investing, where we are not constrained by fund rules or specific investment hold periods and can offer flexible and supportive institutional capital, tailored to the specific business and situation we are investing in.”

Pat Rafferty, Unite Scottish Secretary, said: “Unite is calling for an urgent meeting with the new owners of Alexander Dennis to seek assurances on future job security. It’s important to state that we have had productive industrial relations following the vital role Unite, and the workforce, played in keeping the company in business nine years ago.

“Alexander Dennis is now a world leader in manufacturing and a Scottish success story. Unite wants this success story to continue but it is vital NFI assure the workforce of their future business plan going forward.”