Sturgeon to clamp down on Airbnb lettings market 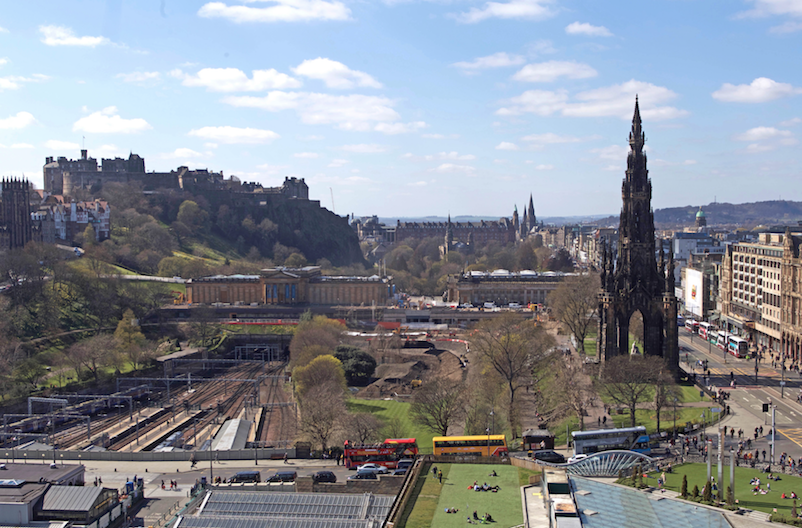 Ms Sturgeon will call for views on how to regulate the short term holiday lettings sector amid growing uproar over the disruption caused by visitors who show no respect for local residents, some engaging in anti-social behaviour.

Concern focuses on companies such as Airbnb which are said to be profiting at the expense of communities who now feel swamped by tourists, hen and stag parties renting out accommodation for short periods. Residents in Edinburgh’s old town have been particularly vocal in calling for regulation of the market.

There is added concern that the number of flats being let to tourists and party visitors is restricting the volume of accommodation available to those looking for homes.

A survey last week showed that properties in Edinburgh listed on the Airbnb platform have doubled in the last three years. Edinburgh City Council has called for licensing.

The First Minister is expected to tell her party’s Spring Conference: “For many people, accommodation provider Airbnb has enabled cheaper, more flexible travel. It’s one of the reasons Scotland’s tourism industry is booming.

“But for others – particularly in tourist hot spots, like the centre of this city – it is making it harder to find homes to live in. So today, we are setting out new plans to help cities like Edinburgh and islands like Arran, get the balance right.

“We are asking for views on a new system of regulation to make short term lets subject to the same controls as any other accommodation.

“We want to give councils the power to control the number of lets and ensure they make a contribution to the services they use.”

Her plan for short lets is part of a package of housing measures including a further £150 million in support for first-time buyers which the First Minister will announce.

Ms Sturgeon will use her address to press the case for independence, following her announcement on Wednesday when she declared her intention to call a second vote before the end of the parliament.

She will make clear that Tory attempts to block an independence referendum have already been weakened by polling showing a surge in support for a Yes vote.

“The UK government says it will block Scotland’s right to choose. A right to choose mandated in not just one but two Scottish elections. And endorsed by the Scottish parliament.

“The Tories say they and not the people of Scotland will decide.  They say Westminster should have a veto. Their only friends in Parliament are the Democratic Unionist Party.

“Well, if they’re not careful, this generation of Tories will go down in history as the Undemocratic Unionist Party.  On Thursday, they tried to justify their position by saying there was no upsurge in support for independence. Two days later the latest opinion poll was already proving them wrong.

“It shows support for independence already up. So our job now is to get it surging. And ensure that no Tory government can ever stand in the way of Scotland’s right to choose.”

SNP Westminster leader Ian Blackford will tell the conference that the Conservatives and Labour face “terminal decline” in Scotland if they continue to ignore Scotland’s wishes – and will challenge Jeremy Corbyn to join the SNP in opposing any attempt by the Tory government to pass the EU Withdrawal Agreement Bill.

A new poll in a Sunday newspaper has found that a No Deal Brexit would be enough to secure an independence win in a referendum. The poll found 47% in support of independence, against 49% in a poll published on Saturday.

SNP Depute Leader Keith Brown said: “This is a highly encouraging poll – and the second this weekend to show that the momentum is behind the SNP and independence.

“People in Scotland overwhelmingly oppose leaving the EU – and a majority believe that independence would be better for Scotland than any form of Brexit.

“With Westminster in chaos, no wonder the opposition is running scared of giving people in Scotland a choice. A vote for the SNP in the European elections is a vote to make clear that Scotland says no to Brexit.” 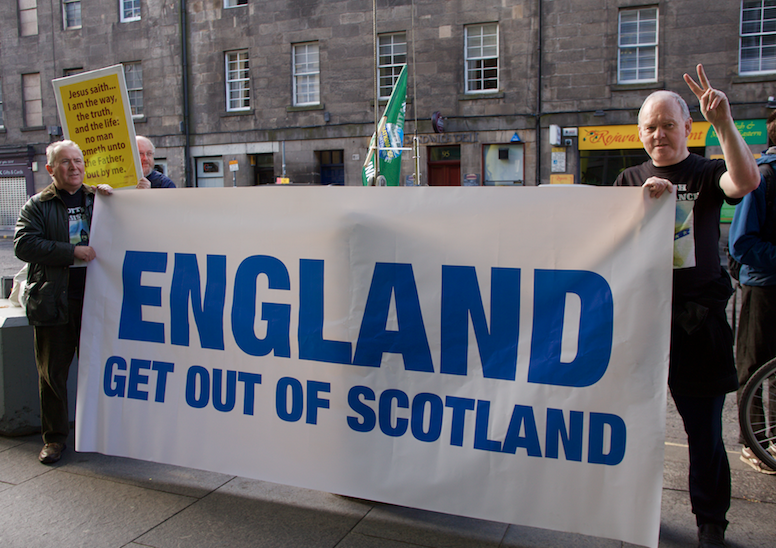 Scottish independence campaigner Sean Clerkin has been condemned for demonstrating outside the EICC with a banner stating ‘England out of Scotland’. The protestors also called for the Monarchy to leave Scotland.

James Scott, founder of the Scottish Resistance, said a meeting of the group had agreed the banner was “not acceptable” and should instead have read: “Westminster out of Scotland”.
He added: “Clerkin getting no support for this from the Scottish Resistance decided to go ahead with it any way. When we make a banner we put our name on it.“We would like to make it very clear that this banner has absolutely nothing to do with The Scottish Resistance.”
Share The News