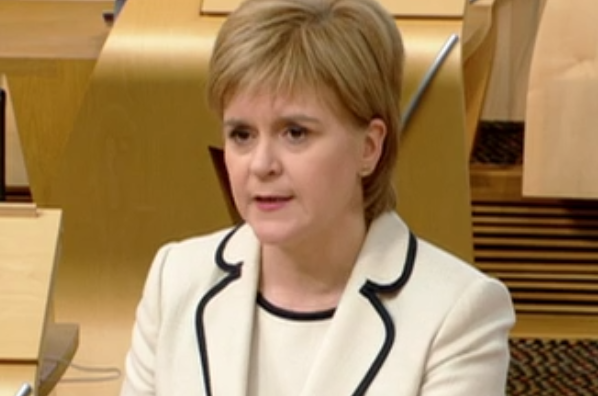 The SNP leader did not set a date for indyref2

Nicola Sturgeon has confirmed she will seek a second independence referendum before 2021, drawing inevitable criticism from opposition parties who argue that it will be a distraction from other more pressing issues.

The First Minister said she will seek to hold a referendum re-run “later in the lifetime of this parliament” and urged a united effort to determine the country’s future.

Interim leader of the Scottish Conservatives, Jackson Carlaw, attacked her “hypocrisy” for claiming Scotland needed to “come together” while demanding the most divisive thing of all.

The announcement, delivered to MSPs at Holyrood, comes just ahead of this weekend’s SNP spring conference and was combined with a condemnation of Westminster’s handling of Brexit.

Ms Sturgeon said the Brexit extension rescued Scotland from the ‘nightmare’ of leaving the EU with no deal. She added that the Scottish Government has scaled back its no-deal planning.

As expected, she did not give a specific date on a second independence referendum, but she said legislation enabling it will be introduced soon and passed into law by the end of 2019.

She announced plans to convene cross-party talks on more powers for Holyrood to address the broken “status quo”.

Plans for Citizen’s Assembles were also set out which would see a “cross section” of Scots society come together to set out the way forward for the country. 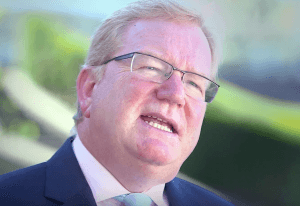 Jackson Carlaw, pictured, said: “Whatever the First Minister says about being ‘inclusive’, her statement is inherently divisive.

“Astonishingly, the way Nicola Sturgeon thinks we can come together is for Scotland to be plunged into another divisive referendum within the next 18 months. That is frankly absurd.

“The SNP’s plan is clearly to divide families, workplaces and communities all over again, and for the foreseeable future. That is not what the majority of Scotland wants. People have had enough of constitutional politics and division. Yet, with the SNP, more of this is now inevitable.”

“Her statement today is not about Brexit, this is about Nicola Sturgeon trying to pacify her party members and back benchers ahead of the SNP’s conference.

“The chaos of Brexit throws into sharp relief the challenges of leaving a political and economic union. Leaving the UK would lead to unprecedented austerity for Scotland’s public services.

“The political dividing line in Scotland is clear: investment with Labour with a focus on fixing our public services and economy or another decade of austerity with the SNP and the Tories with a focus on divisive and destructive nationalism.”

Pamela Nash, chief executive of Scotland in Union, said: “The First Minister has chosen to put the SNP’s narrow nationalism ahead of the country.

“She has chosen to create deeper division and more economic uncertainty, brazenly ignoring the voices of the majority of people of Scotland.

“Pushing for a divisive and unwanted second independence referendum within the next two years is the height of irresponsibility.

“But it is also a stark reminder to voters that the SNP will never stop fighting to leave the UK, and those of us who believe in solidarity and want an end to division must continue to campaign for a stronger future together.”

Scottish Liberal Democrat leader Willie Rennie said: “The First Minister hasn’t done the one decent thing that people in Scotland want her to do, which is to take her campaign for independence off the table.

“Nicola Sturgeon should look at the damage caused by Brexit and the division it has caused and learn a lesson. Breaking up is hard to do.

“With all the chaos and division of Brexit, the wounds still open from the last independence campaign and all the problems facing schools, hospitals and social care, the last thing the country needs is another divisive independence campaign. We should not repeat the mistakes of Brexit. The First Minister should make it stop now.”

Struan Stevenson, chief executive of pro-independence group Scottish Business UK, said: “It’s becoming increasingly apparent that the First Minister’s continued focus remains on appeasing the Yes supporting constituency in advance of the SNP conference this weekend, rather than seeking to do what’s best for Scotland’s economy.

“As the Yes movement once again ties itself in knots over the issue of currency this weekend, all today’s statement does is provide a useful smokescreen for the fact that the SNP really doesn’t have a credible way forward on economic questions that are absolute prerequisites for any future referendum campaign.”

Alex Tait, regional managing partner for Scotland and Northern Ireland at audit and consulting firm RSM, said: “The complexity of detangling years of policy, financial support and trade agreements with our largest trading partner in the Brexit debate is clear to see; and regardless of whether you are for or against a second independence referendum, a split from the rest of the UK would present a similar challenge for Scotland.

“Scotland’s First Minister has clearly learnt from the Brexit negotiations and is offering cross-party talks and a citizens assembly to establish any common ground before a second independence referendum campaign is launched. However with another decisive decision, finding a consensus and avoiding a future stalemate might be difficult.”