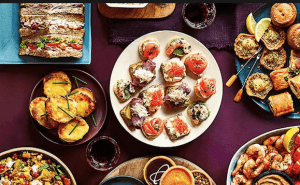 Workers at a Marks & Spencer food supplier in Scotland will strike from midnight tonight over a pay offer that the the union says is worth just 6p an hour.

In response to Bakkavor, GMB has stated that the action is lawful and will commence from midnight tonight. A day of action will take place from midnight on Tuesday 16 April to midnight of Wednesday 17 April.

Christina Lambie, GMB Scotland organiser, said: “Our action follows a derisory pay offer from the company, which leaves our lowest paid members facing an increase of just 6p an hour.

“GMB does not wish our already low paid members to lose money due to strike action, but Bakkavor need to know our members will not stand for being exploited.

“This company will stoop to any level to stop our members’ democratic right to take lawful industrial action and to try and discredit GMB for defending our members’ interests.

“Our members deserve so much better than the poverty pay they receive from this hugely profitable company who make high quality products for the food shop of choice of those who can afford the luxury – M&S.

“GMB will meet with the company at any time to resolve this dispute. It is in their gift to do so. This won’t be just a strike, this will be an M&S strike.”

A company spokesperson said: “We have made a pay award to employees equating to a 2.75% increase which is above the UK inflation rate, therefore we are not going to recommence the 2018 pay negotiations.

“We remain disappointed that the GMB continues to create this unsettling environment for our colleagues but have a robust contingency plan in place for the duration of the industrial action.”