SFA set to discuss future of McLeish as Scotland boss 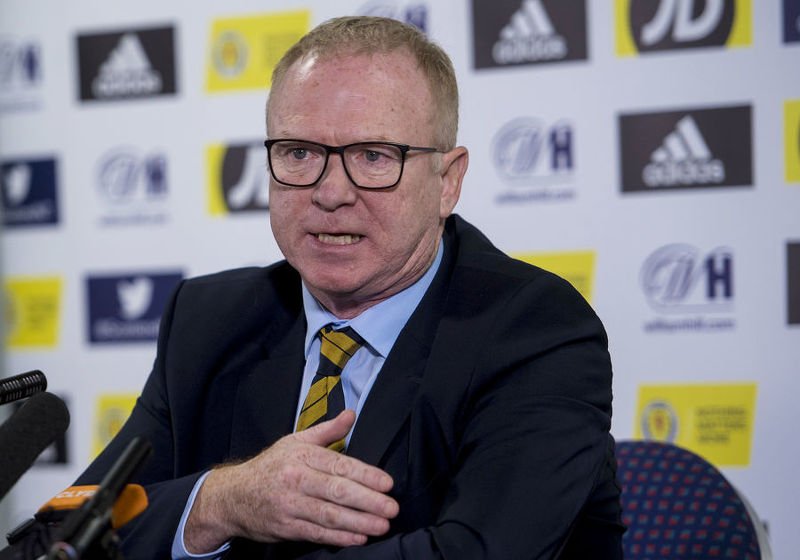 The future of Alex McLeish as Scotland manager could become clearer on Thursday after a Scottish FA board meeting at Hampden Park.

The former Rangers and Hibs boss has overseen a disappointing start to the Euro 2020 qualifying campaign, a laboured win over San Marino following an embarrassing defeat to Kazakhstan in March.

Those results piled more pressure on the 60-year-old, who has struggled to win over large sections of the Tartan Army since his appointment as manager of the national team for the second time.

It had been reported that there were concerns over McLeish’s health and that he was struggling to cope with the demands of the job.

Despite securing a potential path into Euro 2020 via a Nations League play-off, the aftermath of the two qualifiers saw speculation surface that his sacking was imminent.

The reasons for the stuttering start to the Euro 2020 campaign is high on the agenda, according to the BBC, and the suitability of McLeish to continue in the role could also be the subject of some serious discussion.

The SPFL has announced that the new league season will start on the weekend of Saturday, 3 August, when all four divisions will kick-off.

The group stages of the League Cup will see the action begin in mid-July, with the final being played on the weekend of December 7/8.

The Premiership winter break will continue with the top flight shutting down from Monday, 30 December – Friday, 17 January, 2020, with the final weekend of league games played on May 16/17 2020.

The SPFL will release the actual schedule of fixtures for next season in June.