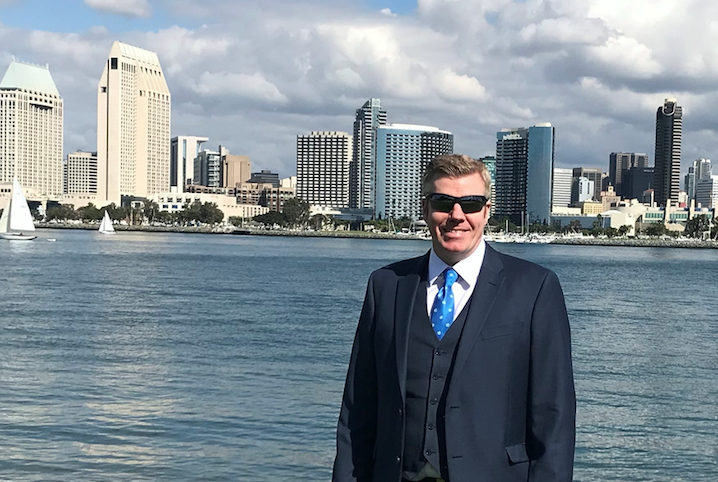 Scottish-American software and energy company Ziyen is launching a digital currency that it hopes will revolutionise the global oil and energy market.

Based on blockchain technology, ZiyenCoin is the first energy-focused security token offering (STO) to be filed under U.S. Securities and Exchange Commission (SEC) regulations. It enables the instant transfer of payments between institutional accounts and will only be available to accredited investors through its opening round of funding.

The new division, which has been supported by the creation of a dedicated website and a white paper, will see the company work with leading industry players to develop new technology and help drive down oil production costs.

Founder and CEO Alastair Caithness, originally from Inverness and now living in California, will be presenting alongside oil blockchain experts from Shell, Chevron and Saudi Aramco at the Oil and Gas Smart Contracts conference (May 15-16, Houston), where he will moderate the panel, ‘The future of smart contracts for the oil and gas industry.’

While blockchain technology first came to prominence as a transactional platform for cryptocurrencies, such as Bitcoin, industries including healthcare, banking and insurance are increasingly adopting a decentralised ledger which would remove transactional fees; essentially, saving tens of billions of dollars for each respective sector.

ZiyenCoin aims to become the world’s most widely adopted blockchain-enabled cryptocurrency. As a regulated and legally-compliant STO – unlike Bitcoin – it will be benchmarked against energy as a commodity along with the certainty and favourable treatment afforded by the SEC.

“Our goal with ZiyenCoin is to apply the same principles but focused exclusively on the oil and energy markets. This revolutionary concept has the ability to drive down production costs by removing market uncertainties and finance charges at every step.

“Along with automation and digitalisation, blockchain technology has the potential to be a game-changer for the energy industry to ensure the longevity of many mature basins. This latest division will help establish Ziyen as one of the leading technology companies in the oil and energy industry.”

Ziyen was founded in 2016 by Alastair Caithness following his move from the north-east of Scotland to San Diego. Through its energy division, Ziyen currently owns 18 oil leases in the Illinois basin, covering Illinois, Indiana and Kentucky. The company achieved first oil in late 2018 following the successful commencement of production at its Potts Lease in Indiana; allowing the company to be officially classified as an operator by the state’s Department of Natural Resources (DNR).

Ziyen’s strategy is to acquire numerous leases, return wells to production and pursue other promising oil leases in the United States through its dedicated Ziyen Energy division.  The business is in advanced preparations for Nasdaq stock market entry, pending approval of its IPO.