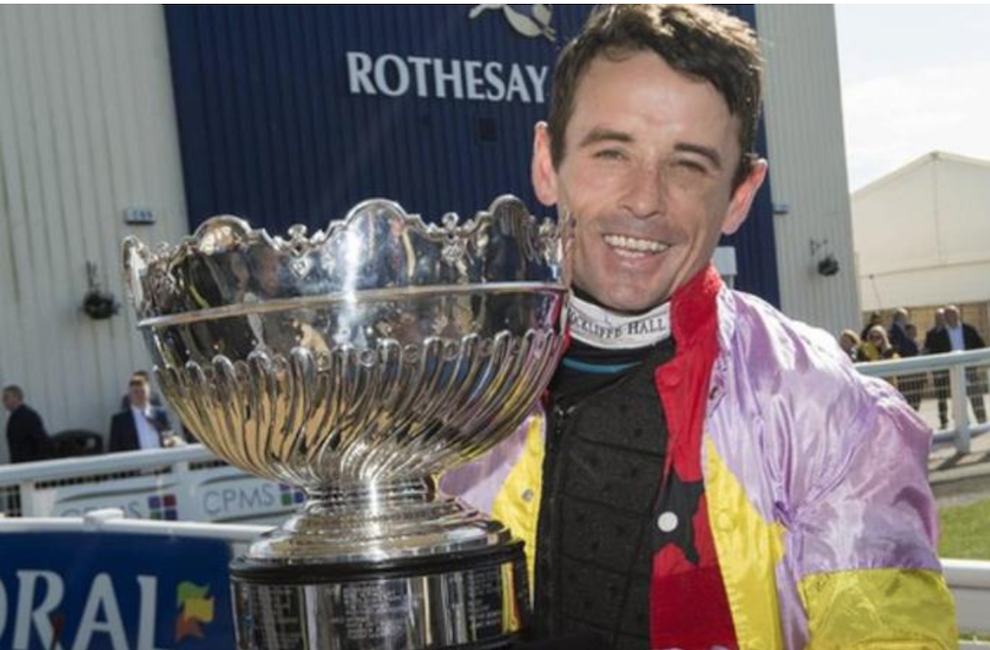 Quinlan managed to stay aboard the 10-year-old and steer his way to a three-length victory in the four-mile marathon.

Richards, whose father Gordon won the race in 1969 and 1990, said: “He won it twice, and I’ve followed up so it’s great. You need a good-ground horse who stays – and luck, he [Quinlan] nearly came off him at the first.

“He’s been a grand one, very consistent, and I think the improvement is down to the cheekpieces. This was always going to be his race if he had a big one in him.”

Quinlan said: “At the first, he got banged into, and I thought all chances had gone. It was just fear keeping me on – I was hanging out of the back door and praying to God that he’d keep me on.”

Vintage Clouds, which had fallen at the first at Aintree last week, was sent off favourite for Ayr’s showpiece and finished sixth.