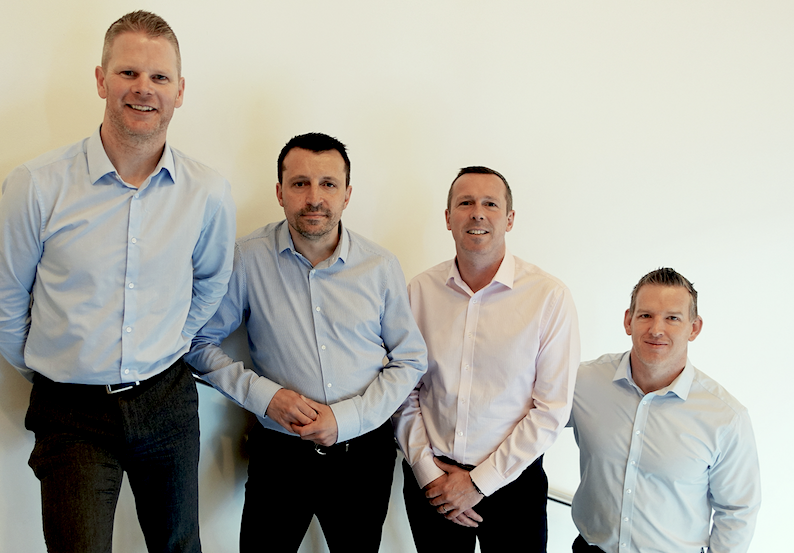 Property fit-out firm SJS has celebrated a record turnover of £12m with a series of appointments and promotions.

Craig Murie, the Managing Director who has steered the firm from £900,000 a year income in just eight years, said the team has done “a magnificent job” to deliver the scale of growth since late 2011.

“As well as hitting £12m in turnover our headcount has increased from 25 to 62. Despite the short timescale, it has been controlled growth,” he said.

Three long-serving members of the team have been promoted to director a fourth director joins the Leadership Team.

Alan Timlin and John Anderson, both of whom joined SJS in 2012, have earned promotions, with Mr Timlin appointed commercial director and Mr Anderson becoming estimating director. Brian Drake, who has headed up the firm’s projects division since 2014 has been elevated to operations director. Gary McGurk has joined the business as a director to oversee the strategic direction of business development, client relationship management and marketing.

Mr Murie added: “These promotions are a recognition of what these colleagues have put in and the passion they have to make us even more successful. It’s also about laying the groundwork to take us to the next level.

“We have a talented team across the board and our culture is hugely important to us. We want people to be happy at their work and to create a great work environment with real career progression.”