Lappin to succeed as chairman

North Sea oil pioneer stepping down from Cluff board 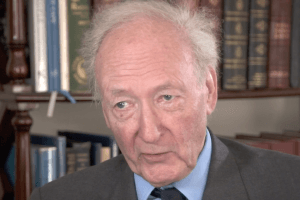 Algy Cluff, founder of energy investment company Cluff Natural Resources, is to retire and will be replaced by non-executive director Mark Lappin.

Mr Cluff, 78, stood down as CEO of the AIM-quoted company last year and will leave the board after the annual general meeting.

The group – which brought forward and later shelved an underground coal gasification proposal for untapped coal seams in the Forth Estuary – has turned its focus to developing gas licences in the Southern North Sea and recently raised £750,000 in new funding to support its operations.

Mr Cluff began in the oil & gas industry in 1972 when he formed Cluff Oil. His first company went on to win a number of North Sea exploration licences in the UK’s 4th licensing round and discovered the Buchan oil field two years later.

Speaking of his retirement from Cluff he said: “Since stepping down as CEO last year, the company’s executive management team, with significant input from Mark, have produced a tremendous platform for the next stage of activity and growth via the successful award of six additional licences in the UK’s 30th licensing round and delivering a transformational farm-out with Shell on one, and possibly two of the company’s licences.

“As a result of the farm-out with Shell, there is now a clear transition into a period of intensive oil and gas operations which will see, inter alia, the acquisition of 3D seismic in the summer of this year to support an investment decision for the drilling of at least one and potentially two wells.  This is therefore the ideal time to pass the chair to Mark whose wealth of operational experience, particularly in the North Sea, is perfectly suited to guide the business through this next exciting phase of its development.

“I look forward to seeing our company continue to grow and prosper while enjoying the opportunity to devote more time to my other interests including my writing and the launch of a new charity, The Remembrance Trust.”

Mr Lappin, 57, has more than 35 years’ experience in the oil and gas industry and was previously a director in Centrica’s exploration and production business. He began his career as a geologist at Phillips Petroleum and has held operational and executive roles with ExxonMobil, Cuadrilla and Dart Energy.

He said: “I look forward to working with the rest of our ambitious management team to build on the partnership we have developed with Shell and further progress the business.

“The recent endorsement of the company’s strategy and geological focus by Shell provides a strong platform from which to create further value both from the current portfolio of highly prospective oil and gas assets and a range of new opportunities to grow the company.”

Cluff’s chief executive Graham Swindells said: “On behalf of the board I wish to express our utmost appreciation to Algy for his commitment to the company since its formation. Algy has had a remarkable career and we are enormously grateful for his entrepreneurial spirit and advice in guiding the company through its early years.”

Mr Cluff served for six years in the Army in West Africa, Cyprus and Borneo.  He was a captain in the Grenadier Guards and the Guards Parachute Company and retired last year as Honorary Colonel of the 3rd Battalion of the Princess of Wales’s Royal Regiment.

He is married to Blondel and they have three sons: Harry, Philip and Charlie.  He has published two books, Get On With It a memoir in 2016 and his second book Unsung Heroes and a few Villains in 2018.