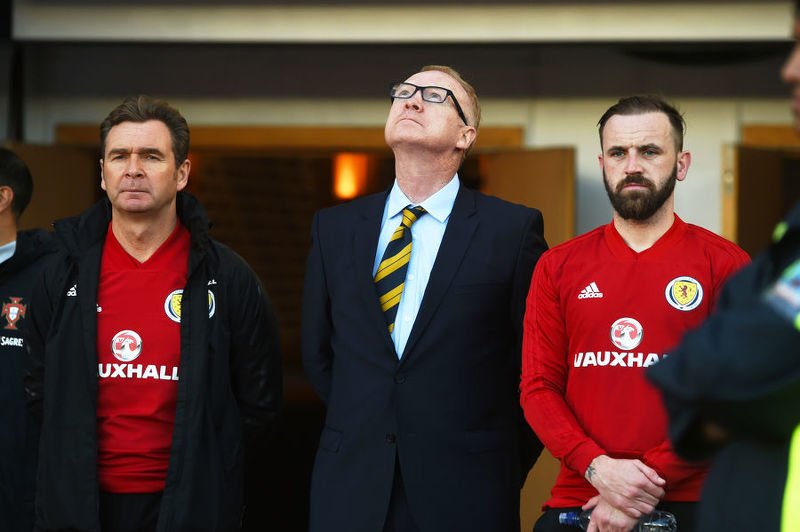 The former Scottish international was appointed for a second spell in February last year but there has been a backlash over recent performances which once again threaten Scotland’s chances of qualifying for a major tournament.

McLeish, 60, was heavily criticised after Scotland lost 3-0 to Kazakhstan in their opening qualifier and only narrowly beat San Marino, the world’s lowest-ranked team, last month.

The decision to part company was taken after a meeting at SFA headquarters at Hampden Park today. In a statement, the SFA said: “The decision was agreed collectively by the board at its scheduled meeting today and in consultation with Alex.

Clarke and Bilic among potential replacements

Kilmarnock boss Steve Clarke has been installed as the favourite for the post, ahead of David Moyes, Derek McInnes and Scot Gemmill.

Some favour the appointment of a foreign coach with the Croatan Slaven Bilic rising up the list of candidates. The 50-year-old Croatian is out of work having left Al-Ittihad in February but it would test the SFA’s financial resolve to appoint a coach who would not come cheap.

However, he has a proven record with a small nation. He took Croatia to the 2008 and 2012 European Championships. The teams performances in both tournaments were highly praised for the quality of the team’s football, especially in 2012 when they were drawn in a group with Spain and Italy and lost out by a narrow margin.

McLeish replaced Gordon Strachan and oversaw 12 matches, winning five and losing seven. Since taking charge, McLeish has seen Scotland fall in the world rankings from 32nd to as low as 42nd before rising to the current position of 40th.

“I leave knowing that I gave my all,” said McLeish.

“I am proud that together we finished top of our Uefa Nations League group and qualified for the Euro 2020 play-offs, which gives us a real opportunity to reach a major tournament for the first time in over 20 years.

“I am also pleased to have given many younger players a first taste of international football that will stand them – and the country – in good stead for the future.”