Mike McKeon has been appointed president of ICAS saying the profession faces “unprecedented challenges”, including the need to rebuild public trust.

His appointment was confirmed at the ICAS annual general meeting last week. He takes over from Sandy Manson, CEO of Johnston Carmichael, and will serve a year in office.

Ms Burnet’s career at KPMG spans more than 20 years. She joined the Big Four firm in 1994 and became a partner in 2009, holding roles in Edinburgh, London and the United States as part of a two-year secondment.

Mr Drysdale has enjoyed a long and varied career having held roles in the UK, Poland, Bulgaria and Macedonia. He has served as an advisor to the Bulgarian Prime Minister and was awarded an MBE in 2014 for services to British business in Bulgaria.

Commenting on his appointment, Mr McKeon said: “The business and accountancy world are facing unprecedented challenges, and an important focus for me during my term in office will be to work on rebuilding public trust in our profession. ICAS and its 21,000 members are playing a central role in this regard, and we must continue to lead the way.

“Another area I will be focusing on is the future education of our students, as we work on redesigning the CA qualification to have a greater emphasis on ethics, technology and business acumen. We are making important changes to build an institute that is ready for the challenges of the future, whilst keeping our members at the heart of everything that we do.”

Bruce Cartwright, ICAS chief executive said: “Mike is an accomplished business leader and his talent and experience will be a tremendous asset to ICAS, our members and our students over the next year.”

Graeme Allan, Managing Partner at AAB commented, “Our ambitious growth plans will only be achievable with a strong and diverse team with a leadership who can continue to anticipate and react to challenges, while also creating and responding to new opportunities.” 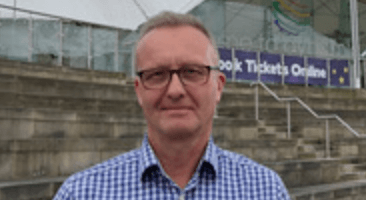