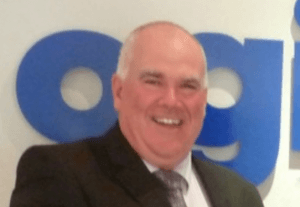 Patent and trade mark company Murgitroyd Group has appointed Willie MacDiarmid as deputy chairman. He takes on the role from Edward Murgitroyd who became CEO in February.

Mr MacDiarmid has a range of public company experiences in both executive and non-executive roles, most notably in the utilities and business services sectors.

Mr MacDiarmid is currently chairman of Fallago Rigg, a joint venture between Hermes Capital and EDF Renewables, and chairman of Ogilvie Group, the Stirling‐based family-owned business with interests spanning construction, fleet hire and IT.  He also works with senior executives across various industries mentoring and providing one-to-one coaching.

He held senior positions, including energy retail director, with ScottishPower from 1989 until 2006.

Ian Murgitroyd, chairman, commented: “I would like to welcome Willie MacDiarmid to the board of Murgitroyd. Willie possesses a wealth of expertise and experience and we are delighted to have been able to attract an individual with Willie’s track record and credentials to join our board.”