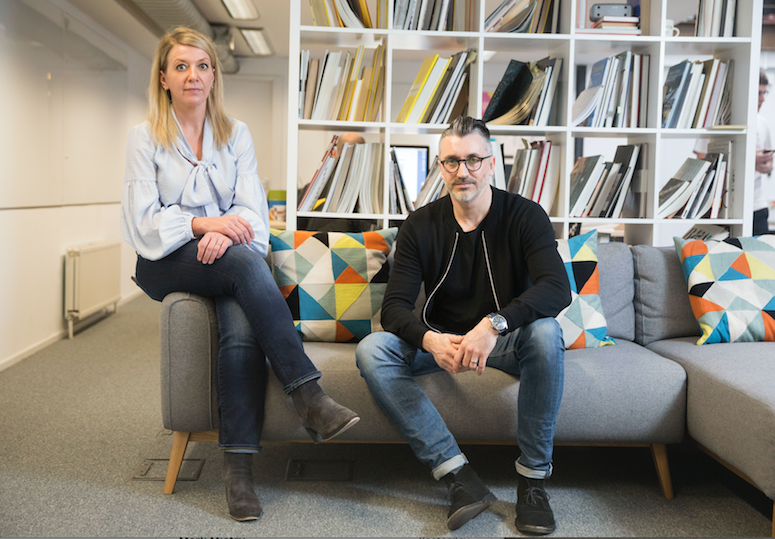 The appointments, announced to coincide with Frame’s 30th birthday, come on the back of a record first quarter with the business securing contracts with Euro 2020, AutoRek and Strathmore Foods.

Frame provides has more than doubled its revenue over the past four years, reaching a 30-year high of £5.2 million in 2018.

Gary O’Donnell, outgoing managing director and newly installed chairman said: “Frame has come a very long way since our MBO in 2009 – over 90 employees from fewer than 20. Annual income is up over 500% since then, three new companies in the group, a new HQ in Glasgow, a new office in Edinburgh, dozens of new clients, and a more rounded and profitable business working not just here in Scotland, but across the UK and Europe.

“Keli and Stephen are natural successors. They’re both seasoned pros who embody the spirit and values of Frame. They’re ambitious and driven, but they’re people-people. It tells you all you need to know about our progress that we didn’t need to hire them, they were already here.”

Frame’s PR operation, which was launched in a joint venture with Charlotte Street Partners four years ago, now has a headcount of 20 and is on track to amount to a third of the group’s revenue in 2019.