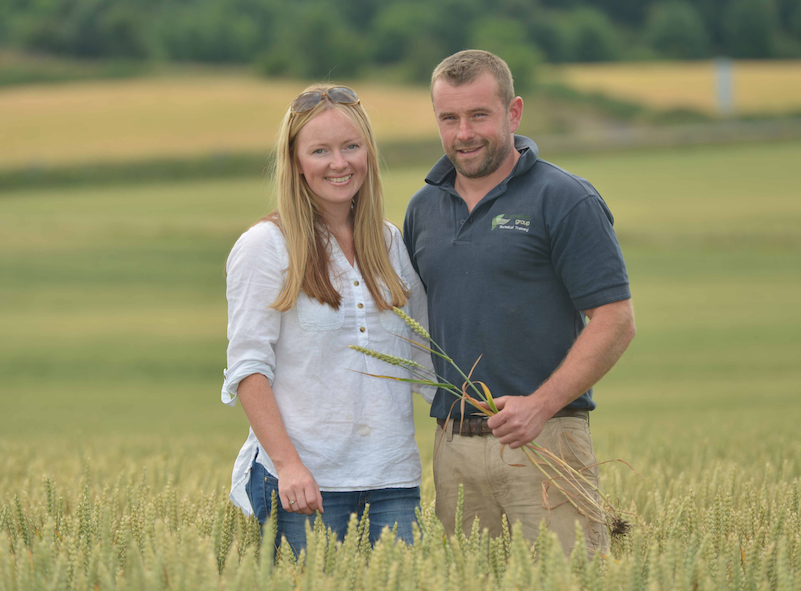 A fifth-generation family farm in Fife has launched a craft malting business after spotting an opportunity in the growing beer and distilling market.

Crafty Maltsters, which operates from A Milne and Sons on the outskirts of Auchtermuchty, has used a £500,000 bank loan and overdraft facility from HSBC to purchase equipment needed to produce craft malt for Scotland’s brewers and distillers

The funding has also enabled the family to build a 3,000 sq ft on-site shed for additional grain storage and processing.

Alison Milne, a former commercial director at NFU Scotland, and her husband Daniel took over management of the farm from Daniel’s parents in 2014 and have been looking for ways to diversify and add value to their arable and livestock enterprise.

Alison said: “After studying the malting supply chain we spotted a gap in the market for small-scale malting providers that can guarantee quality, locally-sourced malt for brewers and distillers across Scotland.

“We want to help put small-scale malting at the forefront of ingredient supply chain and tell the story of Scotland’s grain-to-glass journey, as well as the value that malt brings to beers and spirits.”

Trade association Scotland Food and Drink has set a target of making brewing a £1 billion sector by 2030. Malt is a core ingredient in beer and spirits and Crafty Maltsters hopes to establish a Scottish specialty malt brand that benefits from the boom in craft beers and distilling in Scotland.

The finance was allocated from HSBC UK’s national SME Fund which aims to actively support UK SMEs. The £12 billion fund announced by HSBC UK includes £650 million committed to supporting SMEs in the Scotland.