First Courtyard by Mariott in city 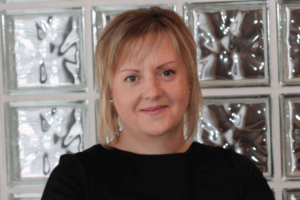 A general manager has been appointed to oversee the running of the Courtyard by Marriott at Inverness Airport.

Experienced hotelier, Ina Davies, will manage the new hotel, which will see the brand make its debut in the city.

With more than 25 years’ experience in the hotel industry, Ms Davies will oversee the launch and opening of the 130-bed hotel which is being brought to Inverness by owner, Molo Hotels, and operator, RBH.

As well as spending 10 years as general manager at Holiday Inn Express Inverness, Ms Davies also led the teams at Pentahotel Inverness and Golf View Hotel & Spa. Her most recent role saw her take charge of the food and beverage team at Inverness College.

Ms Davies said: “Not only is it the first Courtyard by Marriott to come to the city, but it also marks the first new-build hotel in the area for a number of years.”

Linkedin
Courtyard by Marriott, Ina Davies, Molo Hotels Appointments No Comments » Print this News
BTO unveils partner and senior associate promotions Previous News
Next News What can we expect to happen to petrol prices in 2019?