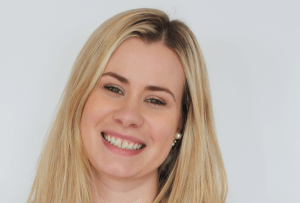 Drinkly, the on-demand drinks delivery firm, has announced two appointments ahead of a planned expansion across the UK.

The company, which was set up in Edinburgh in 2016 and Glasgow last December, is moving imminently into West London, the first of eight city launches planned for 2019.

Glen Stocco joins as director of business operations and Jill Davidson, pictured, as brand partnerships manager. Before joining Drinkly, Mr Stocco was an adviser and mentor for Scottish companies exploring foreign markets and an assessor for Scottish Edge. He will focus on structuring the company for growth, overseeing legal and tech developments, as well as leading on strategy, financial planning and forecasting.

Ms Davidson was partnerships manager at Edinburgh Rugby. In three years, she helped enhance the sponsorship revenue by 60%.

In two years Drinkly has created partnerships with Heineken and other independent craft brands, accrued over 3,000 regular customers in Edinburgh and expanded its services into Glasgow, accruing over 500 customers in the first three months. Turnover in the first year stood at £55,000, with Y2 turnover expected to hit £1 million through expansion into other cities.

Early seed investment of £300,000 came in two rounds from the Seed Haus fund.