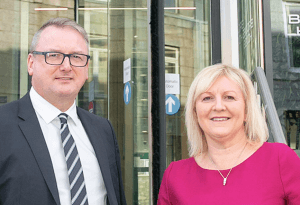 Elaine Farquharson-Black joins Brodies’ housebuilding and planning teams from Burness Paull where she was formerly head of both its planning division and property and infrastructure department.

Bolstering the firm’s oil and gas expertise is Bryan Wilson. He is a former general counsel for Maersk and latterly Total following the Maersk/Total merger.  The appointments of Ms Farquharson-Black and Mr Wilson bring the total number of staff in Aberdeen to 87, up 16% in the last 12 months.

Harper Macleod has announced five promotions across the country: Andrew Upton in dispute resolution, Collette Miller & Jill Fryer in public sector & social housing, together with employment team members Scott Milligan and Lorna Davis, taking the firm’s total number of partners to 67. The new partners are based in Glasgow, Edinburgh and Inverness. 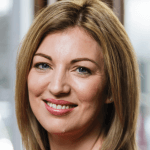 Shepherd and Wedderburn has appointed Gillian Campbell, pictured, to lead its offering to private individuals and families, business owners and entrepreneurs in the north of Scotland.

Ms Campbell, who is based in the Aberdeen office, joins from Burnett & Reid where she headed its private client practice.