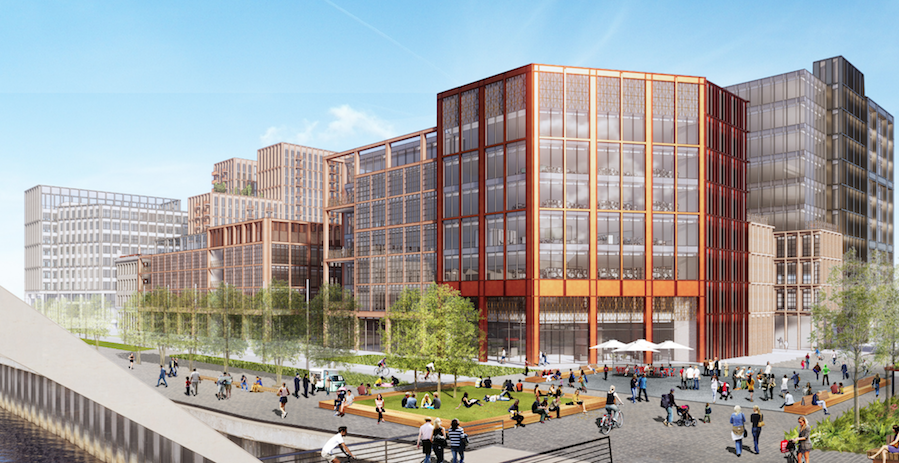 Barclays is investing in Buchanan Wharf in Glasgow

The impact of Brexit on UK financial services and real estate has been over-stated with fewer firms relocating staff into EU countries than had been forecast, according to a property consultant.

A threat of trade wars and protectionism was having a far greater impact on the real estate sector while Brexit would cause “short term disruption”, said Darren Yates, head of European Research at property consultancy Cushman & Wakefield.

“There has been no significant affect on UK business which has held its nerve pretty well,” he told a seminar in Edinburgh, adding that the number of business liquidations was at a four-year high, but new starts were replenishing the market.

“The loss of financial services jobs has been over-stated,” he said. Referring to analysis by KPMG, he said that as of January this year 158 companies said they were moving elsewhere in the EU because of Brexit.

“However, many of these have not moved, and of those that have none has made a wholesale move.”

He said figures show that Frankfurt’s office take-up has shot up by 65.1% against a 1.2% decline in London, “but there has been a general recovery in the Frankfurt market. It is not only due to Brexit.”

The office market continues to be active, and has seen some large companies commit to big schemes, such as Barclays in Glasgow and Amazon and Booking.com in Manchester. A lot of demand is coming from outsourcing and consultancy business, including computer programming, which Mr Yates described as a “far cry” from the call centre days.

“The UK office market is in pretty good shape,” he said.

On the retail sector he predicted up to a third of retail space is likely to be taken out of the market over the next few years as the sector adjusts to a combination of rising costs and online shopping habits that will see some shopping locations “at risk of obsolescence”,

He said traditional bricks and mortar retail will survive, but “we will have a growing number of failing and over-sized schemes.”

Based on the downsizing announcements from retailers which have followed company voluntary agreements with creditors, he said that a contraction of 25-30% of the retail portfolio is “on the money” and there was “plenty of pain to come”.

He told the breakfast seminar at the Waldorf Caledonian that online shopping now accounted for about 20% of sales.

“I believe we have far too much retail supply in this country,” he said, adding that the flipside of the changes taking place were that space required for logistics firms was rising.