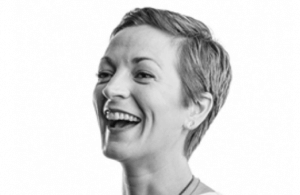 Ms Walsh’s appointment was announced by Tomas Carruthers, who is leading the project, during a presentation to interested parties in Edinburgh.

Ms Walsh joined Charlotte Street Partners in 2017 as a partner after a 15-year career in the City of London working in finance and financial communications, including HSBC, Lexicon Partners and the financial PR agency Tulchan.

Bauer Media has appointed Victoria Easton-Riley as content development director, a newly-created role for the Hits Radio Network in Scotland.

Ms Easton-Riley has more than 20 years’ experience in the industry across both commercial radio and at the BBC. Most recently she produced the Hits Radio Breakfast Show with Gemma, Gethin and Dave and, previous to that, was producer on the BBC Radio 1 Breakfast Show with Nick Grimshaw.

This newly-created role will see Victoria responsible for the development of Bauer people, talent and content for the Hits Radio Network broadcast teams across Scotland which includes market leading stations Clyde 1 and Forth 1.

This comes after Stuart Barrie decided to leave business after three years. He has been regional content director for East Scotland stations in the Hits Radio Network.

Glasgow-based firm Morrison Media Strategies has hired Philip Gates as an account director, joining from Scottish Business Insider. He was also a member of the production team which launched the Sunday Herald in February 1999 and held senior roles at the Scottish Sun.