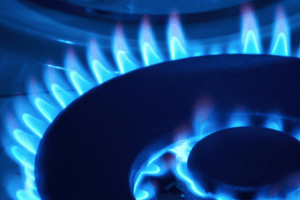 SSE is to take on Brilliant Energy’s 17,000 domestic customers which last week became the latest UK supplier to collapse.

Ofgem announced that customers would switch to the Perth utility which safeguards supply and offers some relief to SSE after seeing an exodus in recent months.

Brilliant Energy’s failure is seen as a further sign that many smaller providers are not equipped to cope with market volatility. It was the third to fold this year and the 11th since January last year — not including a further four that quit the market last year through corporate transactions.

Around 1m UK electricity and gas customers have now been displaced by the spate of failures in the market since the beginning of last year.

SSE issued a statement in which it made a point about being an “established supplier” and said that “there will be no interruptions to their service, adding that it has been commended recently in two supplier league tables, with the lowest number of complaints to the Ombudsman.”

SSE is offering Brilliant Energy’s customers, including those supplied under a ‘white label’ arrangement with Northumbria Energy, a competitive tariff. All outstanding credit balances, including money owed to both existing and former customers of Brilliant Energy will also be honoured, and SSE will absorb a significant portion of these costs.

For existing customers, energy supplies will continue as normal as they switch over to SSE on 15 March.

Customers of Brilliant Energy will be contacted over the coming days about the changes. If customers wish to switch supplier they should shop around. Customers will not be charged exit fees if they decide to switch to another supplier.

Philippa Pickford, Ofgem’s director for future retail markets, said: “I am pleased to announce we have appointed SSE, which will offer Brilliant Energy’s customers a competitive tariff for their energy. Their credit balances will be honoured and their energy supply will continue as normal.

“SSE will be in contact with customers over the coming days with further information. Once the transfer has been completed, customers can shop around for a better deal if they wish to.”

Brilliant’s exit from the market follows that of Coventry-based Economy Energy and Scottish not-for-profit Our Power in January, which had 235,000 and 38,000 customers respectively.

The collapse of Our Power raised questions over corporate governance, particularly the monitoring of taxpayers’ money used to support the business.