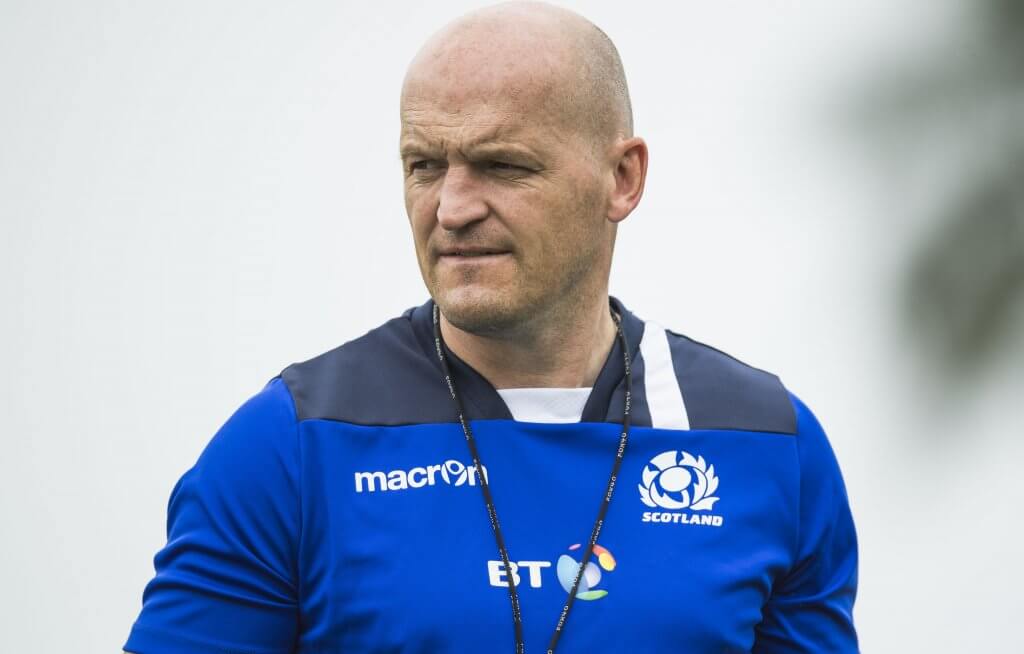 Up against it: Gregor Townsend (pic: SNS Group)

Head coach Gregor Townsend has made six changes to the starting Scotland team to face England in this season’s final Guinness Six Nations match at Twickenham on Saturday.

The Scots travel south in defence of the Calcutta Cup trophy they lifted for the first time in ten years at Murrayfield last year with the changes split evenly between the backs and forwards.

The alterations to the back division are completed by Glasgow Warriors inside-centre Sam Johnson, who starts his fourth Test of the tournament in place of club-mate Pete Horne.

Johnson partners fellow-Warrior Nick Grigg in midfield, with half-backs Finn Russell and Ali Price starting once again. The starting back-row features two of the three pack changes where Edinburgh open-side Hamish Watson will earn his 25th cap in place of Jamie Ritchie, who has not recovered sufficiently from the injury sustained against Wales.

Exeter Chiefs forward Sam Skinner – injured in the opening-round win over Italy – returns to blindside flank in place of Sale Sharks’ Josh Strauss – who moves to the bench – with Edinburgh’s Magnus Bradbury moving to the national number 8 position for the first time.

The last change sees Edinburgh lock Ben Toolis start in place of Jonny Gray – who moves to the bench – alongside club mate Grant Gilchrist to form an all-Edinburgh tight five with returning front-row forwards Allan Dell, Stuart McInally and Willem Nel, meaning all but one of the starting pack hails from the Capital club.

McInally will once again lead the Scots with Greig Laidlaw remaining on the bench after being dropped for the Wales match.

Scotland haven’t won at Twickenham since 1983 and looking ahead to the challenge that awaits, Townsend said: “Winning away from home tends to be achieved through an outstanding defensive performance and we are determined to deliver that this Saturday.

“At times against Wales we weren’t aggressive or accurate enough so that has been a focus for us this week in training. England are a quality side and have been playing really well throughout the championship.

“They have shown a different game plan this season, which is built on power, both through direct ball carrying and also getting off the line in defence.

“They’ve kicked the ball more than any other team in the Guinness Six Nations, which has worked well for them, and produced tries, and it also shows that they are more than comfortable defending for several phases.”