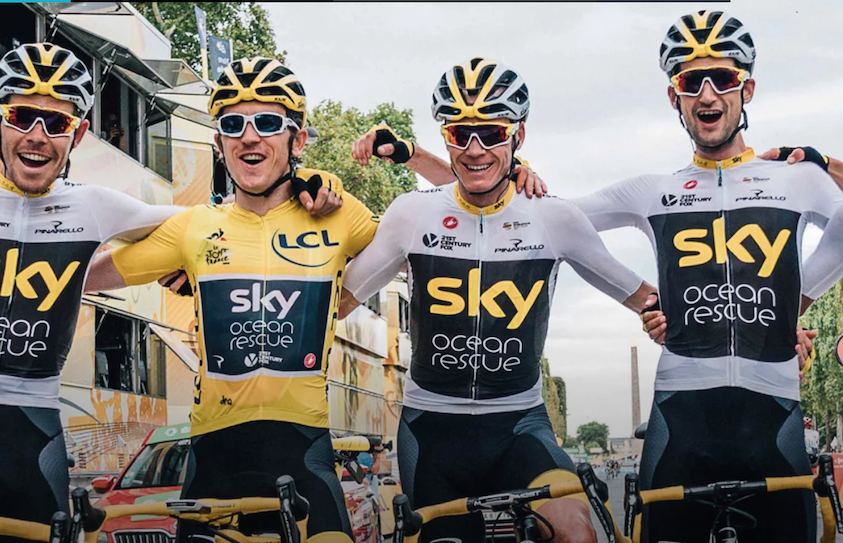 Sky cyclists will ride under a new name from May (pic: Sky)

Britain’s richest man Sir Jim Ratcliffe has taken over sponsorship of the Team Sky cycling team which will adopt his company’s name.

The British-registered WorldTour outfit, which has delivered six Tour de France wins with three different riders in seven attempts, will race as Team Ineos for the first time at the Tour de Yorkshire at the beginning of May.

Sky said in December that it would end its ownership and sponsorship at the end of this year. Sir Jim’s company, whose interests include North Sea oil and gas and the Grangemouth chemicals complex, is investing an estimated £35 million a year to keep the team intact.

Team principal Sir Dave Brailsford said: “Today’s announcement is great news for the team, for cycling fans and for the sport more widely.

“It ends the uncertainty around the team and the speed with which it has happened represents a huge vote of confidence in our future.

“In Sir Jim Ratcliffe and Ineos, I know that we have found the right partner whose vision, passion and pioneering spirit can lead us to even greater success on and off the bike. It heralds the start of a hugely exciting new chapter for us all as Team Ineos.” 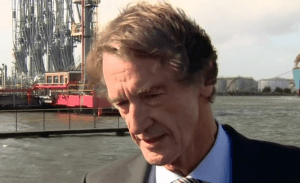 Sir Jim, pictured, who has a 60% stake in Ineos valued at £21 billion, said: “Cycling is a great endurance and tactical sport that is gaining ever more popularity around the world. Equally, cycling continues to mushroom for the general public as it is seen to be good for fitness and health, together with easing congestion and pollution in city environments.

“Ineos is delighted to take on the responsibility of running such a professional team.”

Ineos, which will become the sole owner of Team Sky’s holding company Tour Racing Limited, is valued at £35bn and operates from 181 sites in 22 countries, generating sales of around £45bn and employing 18,500 staff.

Its raw materials are used in everything from packaging for toiletries, medicines and food, to mobile phones and furniture. It is also focused on fracking which is a hot topic in Yorkshire and may be a cause for attention when Team Ineos makes its debut in Doncaster on 2 May.

Sky Group CEO Jeremy Darroch said: “We are pleased that the team’s future has been secured under new ownership. This brings to a close Sky’s decade-long involvement with cycling, which has created unprecedented success and inspired millions more people to cycle regularly.

“I’d like to thank all members of Team Sky, past and present, for their contribution to our journey together. We wish the team and Ineos all the best for the future and look forward to watching the next chapter in the story.”